Fieldrunners 2 from Subatomic Studios is the sequel to one of the most popular mobile tower defense games out there. If you loved the look and feel of the first game, you're in luck. Fieldrunners 2 turns the charm up a notch and ushers in a host of new content. But if you had your fill of the original or tower defense games in general, I wouldn't say there is enough here to bring you back into the genre.

If you've run through a few tower defense games before, you'll know your way around Fieldrunners 2. Still, this sequel hits all the right notes for the genre. There is diversity among the available units, and each new unit offers an interesting and unique strategic advantage. There's no lack of baddies, either. Sure, you have your basic foot soldiers that charge blindly into gunfire, and you have troops on motorcycles that do the same thing but faster, but you also have various air units that fly over your units and the trenches that guide most of your enemy's ground forces. This prevents you from concentrating too much firepower around the given path when air units are almost certain to flank them ten turns later. An ample variety of units keep each round interesting, even as you come to recognize all of the pieces on the board. 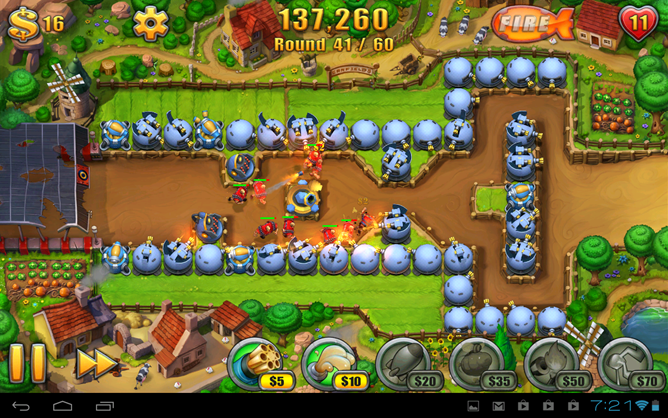 You can upgrade units at a cost that's slightly cheaper than buying a new unit, and each unit maxes out after two upgrades. This is standard fare. My biggest gripe is that upgrading to level three doesn't cost any more than upgrading to level two, even though it is a substantial increase in firepower. While I probably shouldn't complain about getting more for the same, it feels wrong. Nevertheless, this doesn't affect gameplay - Fieldrunners 2 is no cake walk, especially at the higher difficulties. 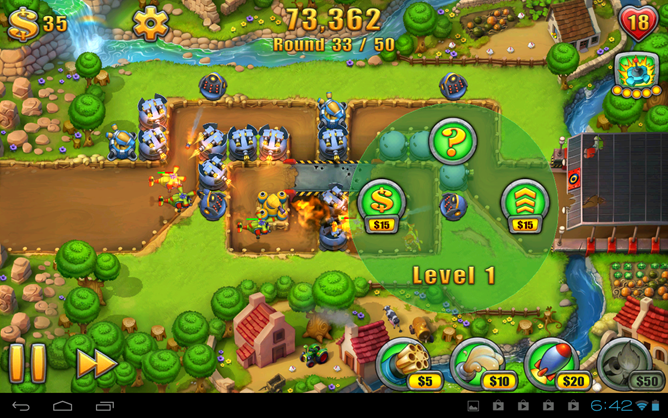 Each level can be played at one of three difficulties, each progressively awarding you a greater reward, including coins. Coins can be used to buy special weapons that yield various kinds of damage. Landmines can destroy a sizeable cluster of enemy soldiers in a pinch, while "Deep Freeze" temporarily freezes all enemies in their tracks. These power-ups add to the strategy, as some waves will get past your defenses no matter how well organized they are. This is especially true during "Sudden Death" levels. 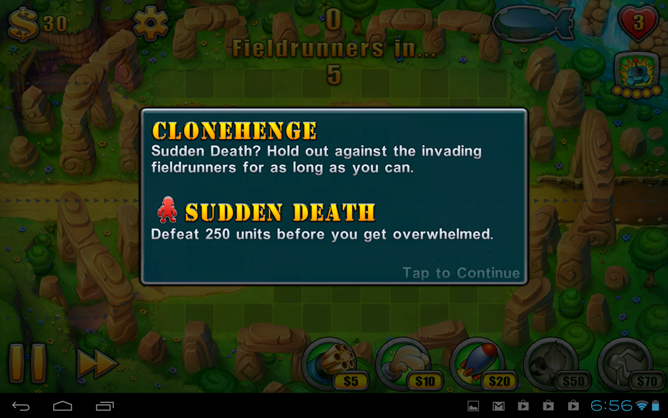 Fieldrunners 2 isn't exactly filled with groundbreaking visuals, but it's still very attractive. The sprites are bright and vibrantly animated. The game's cartoony visuals and the overall design of the world ooze character, which is good since there isn't much in the way of a plot to pull you in. I'm not quite sure why I'm fighting as I unlock various stages across the world map, but since said map is so nicely drawn, I don't particularly mind. 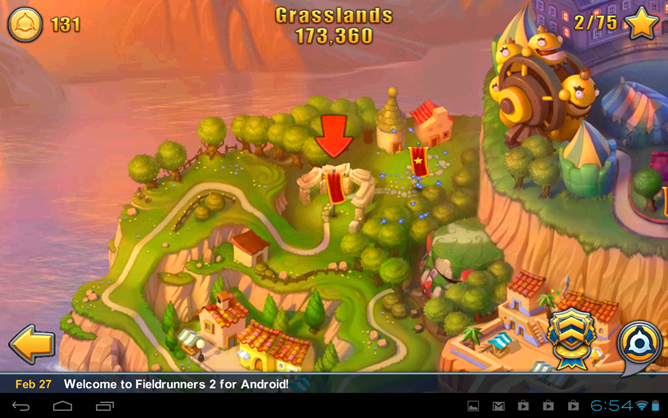 The music and sound effects don't do the game any favors. They're not bad, but they're not particularly good, either. They're simply present. Feel free to mute the game and stream music in the background, since it won't affect gameplay one way or the other. At least the loading screens are amusing enough. 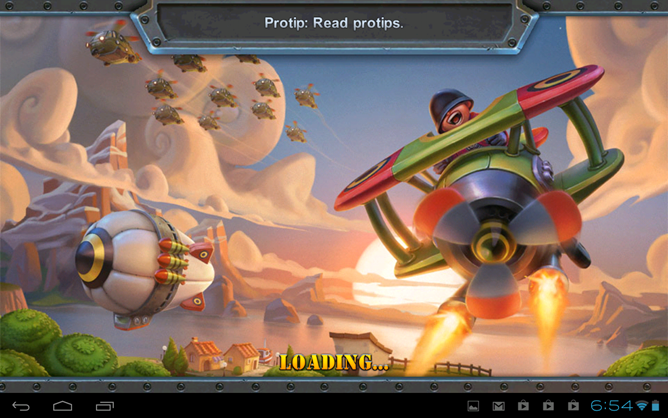 Should you play it?

Fieldrunners 2 has some issues that almost ruin the game for me. I find that many of the stages are just plain too long. The second stage of the game has 60 waves. 60. The game has a diverse range of enemies, but spread out over 60 waves, things do begin to feel stale. And if you lose on wave 59 and have to start over, enjoy enduring 120 waves just to pass a single stage. 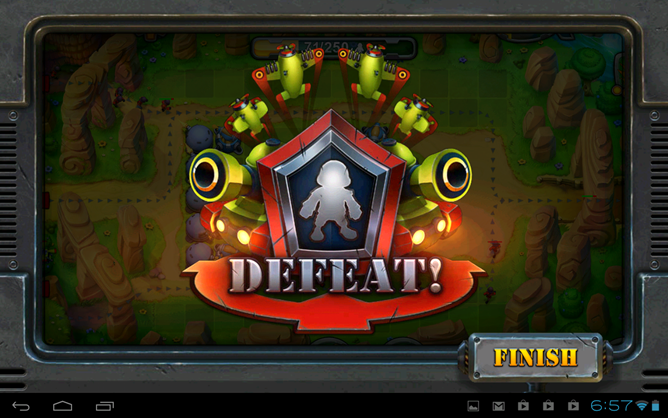 Fieldrunners 2 softens the monotony by showering you with unlockables. There are a healthy number of accomplishments just waiting to measure your talent, and the game is loaded with power-ups and various units for you to spend your hard-earned (or bought) coins on. It's repetitive, but you're still getting a lot of content for your $2.99. 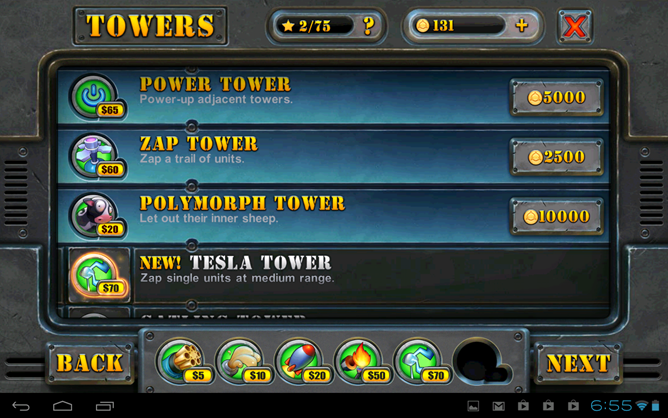 Full disclosure: I haven't played the original Fieldrunners. I imagine a full seven of you haven't either. Still, should you play this game? That depends on how big a fan your are of the tower defense genre. If you've dried up your current collection of titles and simply seek another one with new maps and units to kill time with, Fieldrunners 2 will not disappoint. It is a beautiful game, a lengthy game, and an addictive game. There's hours of fun to be had here, but I still couldn't help wishing there was something more. 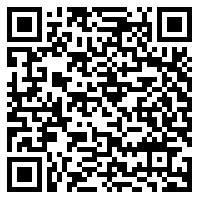 Want Advanced Play Store Filtering (Such As Seeing Just Paid Apps) And Ability To Add Your Own ...