Its most recent update takes focus mainly on bug fixes and UX issues, but adds at least one neat feature – better support for comics. What does this mean exactly? Basically, Feedly has added support for alt captions (think XKCD, and the captions that show up when you hover over the comic). Just tap a button to see the captions. 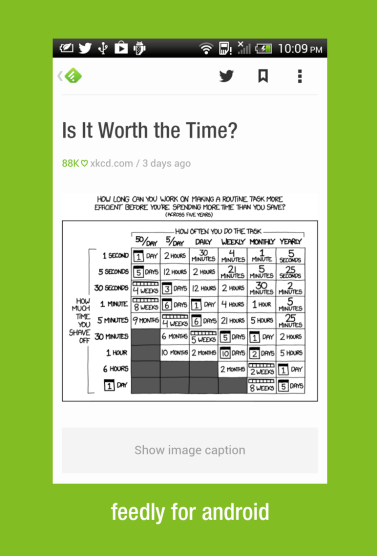 Not yet a fan of Feedly? If you're looking for something to give you a dense block (or lovely magazine flipbook) of news long after Reader takes its final gasp, it's worth checking out, and just keeps getting better with each refinement. Grab it from the Play Store below.