If you haven't checked out AOKP.co for a while, we couldn't blame you. The old homepage for the Android Open Kang Project ROM and Team Kang left something to be desired - namely, a new homepage. The wraps are off of the latest adjustment to the AOKP site, and wow, they've really done something with the place. In addition to a ton of new features accessible from the get-go, the entire page has been given a swag-worthy 80s makeover that might just be described as "awesome, awesome to the max." 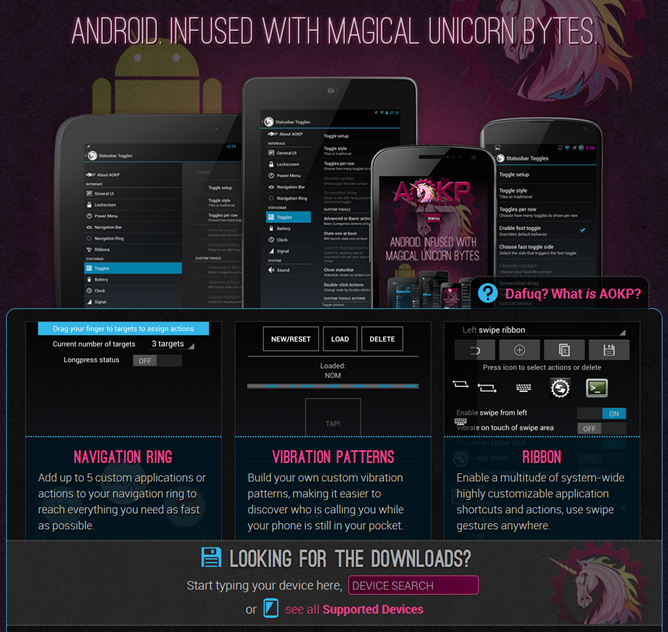 Emblazoned with the title "Android. Infused with magical Unicorn Bytes", the new page give some quick navigation up top before going image-heavy to highlight some of the custom ROM's more unique features. Scroll down just a tad, and you'll find a handy search box that does downloads, all the downloads, and nothing but the downloads. Throw in a snippets of the official blog, a video and some screenshots, and a few widgets at the bottom, and you've come to the pièce de résistance: the swagger button.

The shiny new website was designed and created by George Merlocco, a web/graphic designer and AOKP team member. Well done, George. And to the rest of Team Kang, shine on, you crazy diamonds.