Mark your calendars - Carmageddon will appear on Google Play next Friday, May 10th. The fine developers working on this decade-old port have announced that the game will be available free for the first 24 hours. If you need help remembering, they've offered to send you an email reminder. How nice. 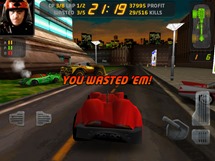 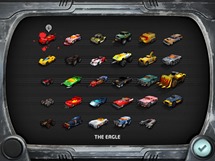 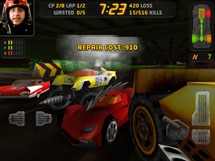 Carmageddon first debuted in 1997 for Windows and Macintosh computers. It has since been ported to the original Playstation, the Nintendo 64, and the Game Boy Color. A modern port appeared on iOS in October of last year, but the Android port remained MIA. That's no longer the case.

The game features 11 environments, 36 levels, and 30 playable cars. If you do choose to sign-up at Carmageddon.com before release day, you will be entered into a contest to win a free t-shirt and a free copy of Carmageddon on GOG.

Note: Considering free apps can't turn paid in the Play Store, we've reached out to the Carmageddon team to figure out what their plans were in that department. Their response was:

Since removed apps still show up for users who have already downloaded them, it may be an acceptable solution, as long as the removed free version and the paid version will receive the same updates. We have our doubts, but we've reached out for more info yet again.