Alternative launchers have been on Android since the beginning, and most of them have made their name by taking the stock experience and piling on new features. Action Launcher is a little different. This app shakes up the UI conventions of the Android home screen, and it's really got some good ideas. The new update fixes a few niggling issues with the way apps and widgets are added to the home screen.

Adding new app shortcuts or widgets to Action Launcher before this update was perhaps the most clunky part of the experience. You'd have to open the customization menu and scroll through the list to find the items you wanted. This bypassed the best part of Action launcher – the slide out app list. Simply swipe from the left edge of the screen and your apps are revealed in a super-fast scrollable list. You can now press and drag apps out of the list onto the home screen. Widgets are also accessible from this pane with a swipe to the right. Action Launcher also supports locking home screens with this update so you don't mess up your carefully arranged setup. 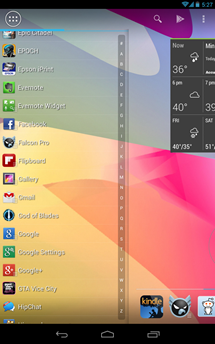 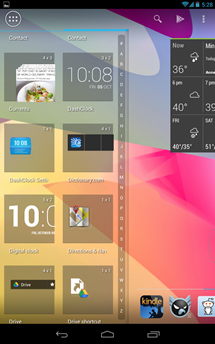 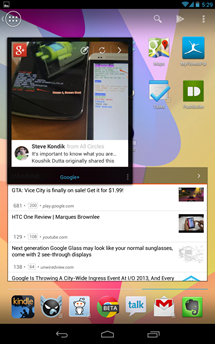 These changes come in addition to Shutters, which were introduced in the last iteration. Shutters make an app's widget accessible from the home screen icon. Just swipe up or down to trigger it. It will take some getting used to (especially with that action bar on the home screen), but Action Launcher is really neat.

[The Android Police Podcast] Episode 60: Tablet Zed If You're Nasty