It's been three and a half years since Angry Birds was first released and you thought it was finally over. You disconnected your internet, set up your shack in the woods, and you're living off the land without ties to the metal world. It's over, right? There are no more birds to be flung. They can't touch you here. At last, you can relax, send a carrier pigeon to the two friends who still talk to you and invite them over for a tree bark barbecue.

"Hey, Hermit Dan! Have you seen this? Angry Birds Friends! It's like Angry Birds, but you compete with other people. You should really get on Facebook!"

Yes, Angry Birds Friends is now on the Play Store. If that name sounds like something you've heard it in a fevered nightmare before, it's because it's been available on the Facebook App Center (remember that?) for a while. Technically, the app itself is nothing new. It's just grown a new tendril that has now spread to the Play Store. Which means that, unless you've carefully curated your social circle to exclude people who pressure you to play casual online games, there's one more way that people will be bugging you to play Angry Birds.

You might be thinking to yourself "Mr. Ravenscraft, this is just a port of a game that already existed. Surely the buzz has died down by now!" First off, please, Mr. Ravenscraft  is my father. Secondly, with Facebook's web version you had the excuse that without a touch screen, Angry Birds sucks. Which you are completely right about. However, now that it's on Android, it's not unreasonable to expect a resurgence. For reference, Facebook's version has about 5 million users. Meanwhile, the least popular (and newest) Angry Birds on the Play Store (the Star Wars version) has between 10 and 50 million installs. All of the others are well over fifty million.

Yes, someone is going to ask you to play this game with them. This has nothing to do with whether or not the game is good. It's just a matter of the numbers. At this point, Rovio is as unavoidable as hearing Call Me Maybe. Consider this a PSA.

Angry Birds Friends is free on the Play Store. It requires a Facebook login, and includes the in-app currency and purchases for buying special power ups. 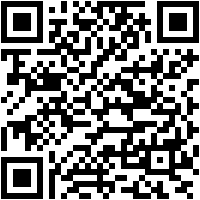