As explained on Koush's Google+ page in his typical and endearingly nerdy way, the developer renamed his app "Helium", and it's still available on the Play Store. Koush added a few bug fixes to the standard app as well, and the Windows installer now includes the universal ADB driver. The premium license for the app will probably follow suit shortly. This little legal hiccup probably won't cause any disruption in the performance or continued development for Helium, but it's hard not to feel a little off-put when a comparatively enormous company like Carbonite puts the screws to an independent developer in the name of "brand protection."

There's not much point in speculation, but it's as well to point out that were Koush to take Carbonite up on its offer of legal action, he'd be in a pretty good position. Both the app and the service are named after existing concepts (one is an element, the other an explosive compound), meaning that the trademark for Carbonite itself would be a bit shaky if both software packages weren't offering a "carbon copy" backup. And the names themselves are separate enough that Carbonite's claim of brand confusion is tenuous at best. Mr. Dutta probably didn't want to deal with the expense and time that a prolonged copyright battle can bring... and who could blame him.

We're never ones to tell our readers what to do, but the next time you hear one of Carbonite's radio advertisements, we hope the contents of this story will cross your mind. 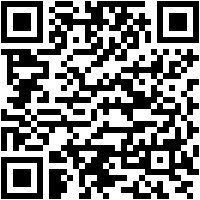 Zappos Android App Steps Up To Version 3.0, Makes Buying Shoes Easier Than Ever