Hey Pantech Breakout owners - your phone's about to be a little less Verizon-heavy, a la an otherwise small OTA update that should be headed out to your device in the next week or two. Software version CA66.F.BB removes VZW Apps, Verizon Video, Rhapsody, and Blockbuster from your device, mostly because they're all totally useless! There's an Android security patch bundled in here, too, and an update low memory notification string. OK. 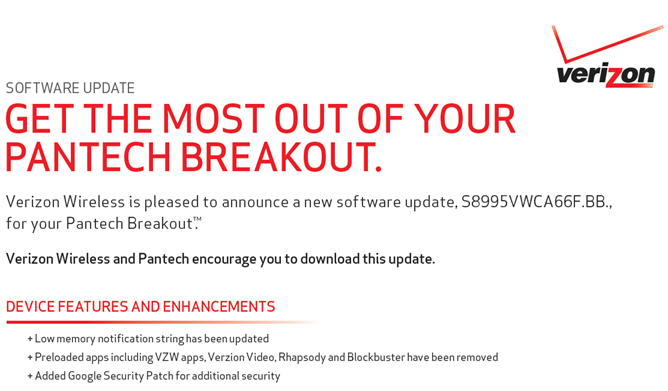 As I said before, you can expect the update to roll out, most likely, in the next week or two.

[Updated: Q&A] Dan Rosenberg Has Unlocked AT&T Galaxy S4's Bootloader, But We Won't Get To See ...