Automagic attempts to be Tasker, only easier to use. The problem is that Tasker is already pretty straightforward, and while Automagic makes certain things easier, it makes others more difficult. Still, a little competition never hurt anyone, and there are many ways Automagic challenges Tasker to step up its game.

The premise behind Automagic is nothing new. It is an app that automates tasks based on a wide range of variables. For example, you can tell Automagic to turn off auto-brightness when your phone's battery dips below 50%. If you don't want to receive any distractions while you're at your sweetheart's house, you can automagically set your phone to airplane mode when you're within 200 meters of their address. Actually, that probably isn't the safest idea in the world. 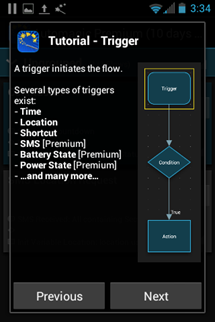 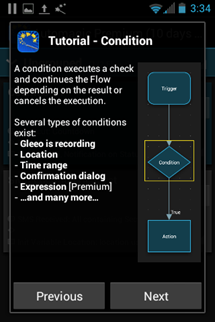 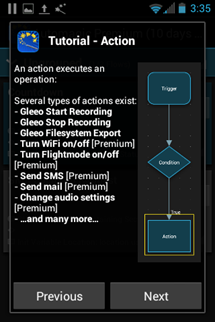 What sets Automagic apart is that it allows you to create these automatic tasks using flowcharts. Ovals represent Triggers, diamonds represent Conditions, and rectangles represent Actions. In the first example I gave, your battery life dipping below 50% would be your Trigger, and turning off auto-brightness would be the resulting Action. If you wanted to insert a Condition into this example, you could tell Automagic to only perform this action if you also have the device set to airplane mode. You now have an intuitive flowchat showing you that if A and B are both true, execute C.

I find Automagic easier to grasp than Tasker. Each automatic process is called a Flow. Each Flow consists of a Trigger and an Action. Some Flows also have Conditions. Simple. 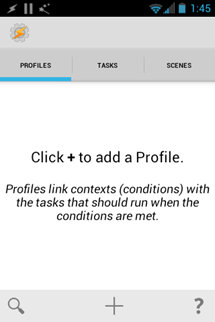 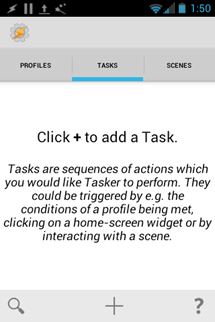 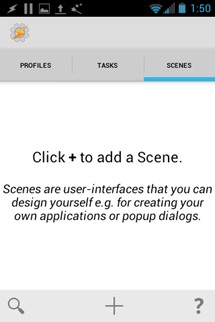 Automagic just keeps things intuitive. Everything is performed by Flows. Though this may sound more basic, the setup allows for great complexity. Flows can consist of more than just two steps. You can have Automagic perform various Actions depending on if a Condition is either true or false. And since flowcharts are visual by nature, the sequence of events are easy to follow. 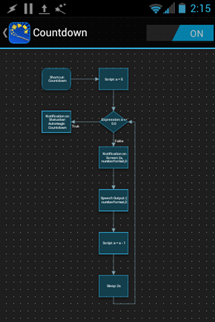 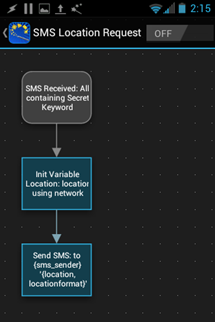 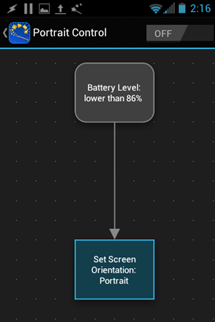 While I would argue that Automagic's flowcharts are easier to grasp than Tasker's interface, there are holes in the design. It's nice knowing that whatever is in the oval will be my trigger, but selecting what to put in said oval opens a long list of possible options. In comparison, Tasker places choices into categories. Lets say I want to create a trigger that depends on my battery level. In Automagic I have to scroll through a long list of options until I find "Battery Level." In Tasker, I select labeled icons for State > Power > Battery Level. 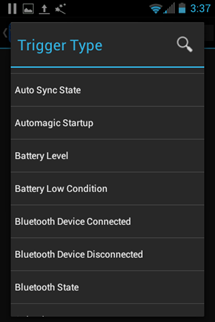 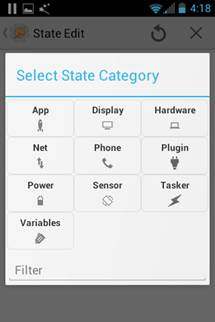 Automagic does have support for custom widgets, but it lacks Tasker's plugin functionality. This extra level of integration with other apps gives Tasker a clear advantage. If your Tasker workflow already relies extensively on plugins, don't bother trying to convert to Automagic.

Both Automagic and Tasker are simplistic tools for automating various processes. They're more complicated to use than most apps, but their power and usefulness make the learning curve a worthwhile investment.  But which should you use? I can't say. Both are solid apps. Both work. Which you should rely on depends on what your needs are, how your brain works, or - quite frankly - which one you've already paid for.

The paid version is available in Google Play, but you will have to visit Automagic's website directly if you want to check out a free 10-day trial version. If you rather not fork over money to automate your Android processes, consider checking out AutomateIt or Llama instead.