Those of you who didn't appreciate the divisive smartphone style of the Galaxy Note 8.0 might want to avert your eyes right about now. The South Korean company pulled the wraps off of the first entry in the fourth generation of its Galaxy Tab series today, and there's no denying that the 7-inch tablet looks like a gigantic smartphone. The Galaxy Tab 3 will be available worldwide in May in a WiFi version with a 3G variant following in June, though specific markets were not mentioned. 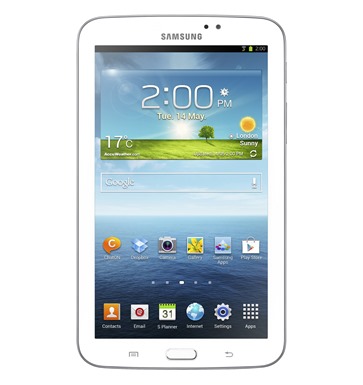 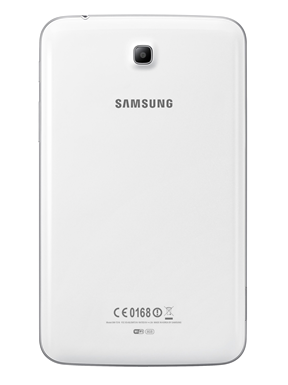 The Galaxy Tab 3 continues Samsung's positioning of the 7-inch size as a budget device, with hardware specs that are barely a bump over the Galaxy Tab 2 7.0 (P3100 model). The power, such as it is, comes from a dual-core 1.2Ghz processor of unknown design. Now that Texas Instruments (the provider for the P3100's 1Ghz processor) is all but gone from the mobile market, it will probably be one of the cheaper Exynos or Snapdragon chipsets. A disappointing 1GB of RAM is standard, with 8GB and 16GB storage capacities plus Samsung's usual MicroSD card slot. Cameras are a lukewarm 3MP rear and 1.3MP front-facing. Perhaps most disappointing is the fact that the Galaxy Tab 3 will have the same 1024x600 resolution that the original Froyo-powered Galaxy Tab had way back in 2010. 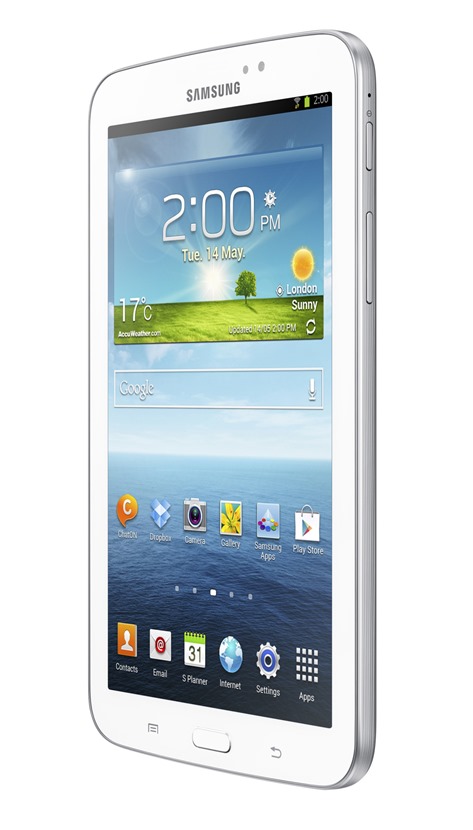 Samsung seems to be continuing its industrial design on the same lines of the Galaxy Tab 8.0: a physical home button flanked by capacitive menu and back buttons, paired with big, curvy bezels. Physically, the Galaxy Tab 3 is a little slimmer than its predecessor at 9.9mm thin, and will probably be a little lighter as well. Samsung isn't showing the bottom of the device yet, but we can hope they've used a standard MicroUSB port for charging and data.

The all-white Tab 3 will launch with Android 4.1 and Samsung's standard array of TouchWiz and pack-in apps, which will probably put a considerable strain on the 8GB model's storage capacity. Pricing has not been announced, but I'd expect it to be comparable to the current 7-inch Tab, starting at $200 or less.

With the new GALAXY Tab 3, Samsung has evolved its range of innovative tablets, making them smaller and easier to carry, while increasing the user experience overall

• Easy Handgrip and Portability: Its compact, one-hand grip form factor ensures users can hold comfortably for hours as well as store in a pocket or small bag for reading and entertainment on the go. The sleek and stylish design encompasses thinner bezel than the previous GALAXY Tab 2 (7.0).

• Better Multimedia Performance: Powered by a 1.2GHz Dual Core processor, the device allows for faster downloads and sharing, while providing easy access to videos, apps, games, and the web. Offered with either 8/16 of internal storage plus up to 64GB of expandable memory, the device has plenty of space to hold your favorite photos, music, apps, videos and more.

The GALAXY Tab 3 7-inch WiFi version will be available globally beginning May and 3G version will follow in June. The product availability varies by market and will be rolled out gradually.

[Weekend Poll] Whose Super-Sized Phone (In Theory) Could Sway You From The Next Galaxy Note?