It's hard out there for a football fan. With almost five months to go and nothing but basketball, baseball, golf, tennis, NASCAR, and that game all the foreigners play with their feet to tide us over, it's going to be a long summer. If you're one of the millions who can't get enough of fantasy football, you can kill time with the official ESPN Fantasy Football app, updated for the Draft and thankfully devoid of an annual re-title. It's available as a free, ad-supported download for devices running Gingerbread or later. 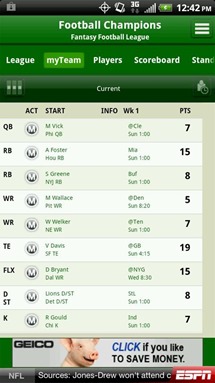 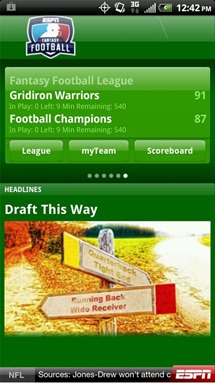 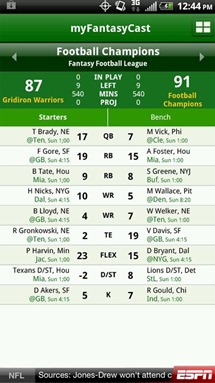 The ESPN app syncs with your fantasy account on the web, letting you manage your and team keep abreast of the latest stats, trades, injuries, and what have you. Push notifications can alert you to rapid changes, and live scoring for your own games or games in your fantasy league mean you'll never be out of the loop. Apparently ESPN employs "fantasy analysts" (the analysts are real, or at least as real as analysts ever get, but what they analyze isn't) and you can get the latest news and videos from them. A league message board rounds out the feature set.

Get after it, you lords of the leaderboard, you virtuosos of the virtual turf. Only 134 days left to go.

[New Game] Official Port Of RE-VOLT - The R/C Racing Classic - Comes To Android, And It's Fantastic

iOS Hit Zombie HQ Makes Its Way To Android, All The Zombies You Can Shoot For The Low, Low ...