While HTC's newest flagship may have just hit the streets a few days ago, that hasn't stopped Amazon Wireless from starting to hack away at the price. The company is offering AT&T's 32GB variant of the device for $150, which is $50 off what Big Blue is asking right out of the gate. That price is good for both new contracts and upgrades, so it's a worthy deal for anyone looking to grab what could be HTC's best handset to date. 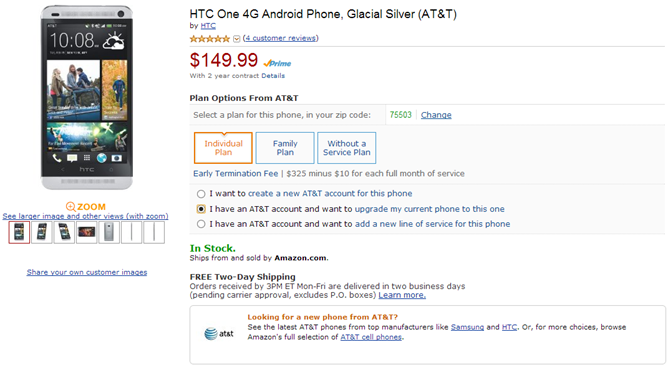 If, for whatever reason, you're not into buying from Amazon, an equivalent deal is also available at Wal-Mart. Woo.