If the phones that Pantech has released in America thus far have been your sole exposure to the South Korean manufacturer, you might be surprised to learn that the company has some legitimately awesome hardware in its home territory. The Pantech Perception... isn't. While it competes with the likes of the Galaxy S III on paper, at least in some respects, a combination of old software and expensive hardware makes this new Verizon phone a hard sell to anyone who wants a high-powered device. It launches on Thursday, April 25th for $100 on contract... after a $50 mail-in rebate. Remember those? 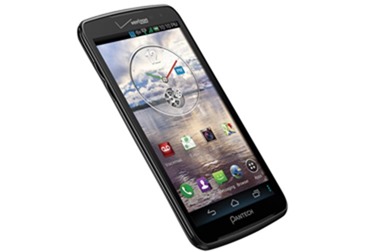 The PR did take pains to mention software features like Motion Sense, which allows you to answer calls and scroll through web pages without touching the phone's screen, and Camnote, which allows you to take photos of notes. Which is apparently impossible on other smartphones, because of marketing. Hey, at least it's got on-screen navigation buttons, if that's your thing. If you want this 4.8-inch pile of nothing much, the Perception will be in stores and online on Thursday.

[New App] eXperience Pro Brings A Handful Of Useful Tweaks To Rooted Devices Without The Need ...

[New Game] Planets Defense Lands On The Play Store, Reminds You Of How Much We Want StarCraft