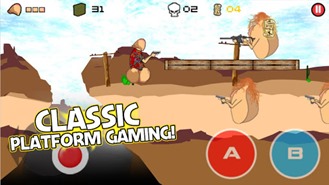 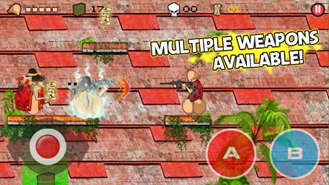 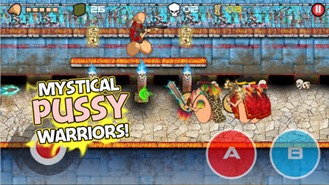 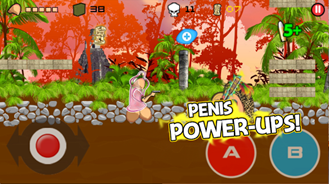 Because who doesn't want a good "penis power-up," right?

How did my life come to this? Hi. This game stars a penis. A penis with a gun, because that's not scary as hell at all. And what is this particular private part's mission in life? Why, it's to destroy all the walking, talking, queefing (I'm not making this up) vaginas. If you're thinking about playing this game, however, I will warn you that it is awkward and clumsy. "Bullets" are represented by black, square blocks and controls aren't responsive. Oh, and also it's fucking genitals shooting at each other. Why do you want to play this?

I've written about some weird friggin' games in my time at Android Police. However, I don't think I've had anything this bizarre quite yet. Certainly nothing this obviously crass. Taint Wrangler is available in the Play Store for $0.99, and will probably be pulled in about five seconds.

Update: Called it. It's down. But pictures on the internet are forever.

Update #2: If you really want to check it out, Taint Wrangler can be downloaded from the developer's site for $1.

eBay App Updated To v2.2, Brings Shopping Cart To The US And UK