One of the best things about Android is its nearly-infinite customizability for users who are willing to put in the effort it takes to make it happen. The thing is, in order to get some of this functionality, less-than-savvy users are daunted by the task of doing things like flashing custom kernels. On the other side, some users just don't want to be troubled with kernel tweaks, but still want the advanced functionality that they can bring. 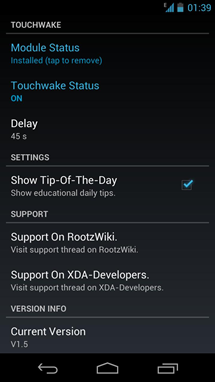 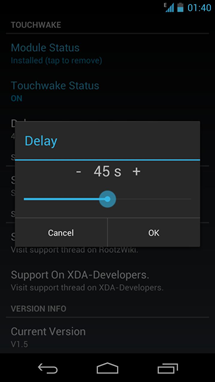 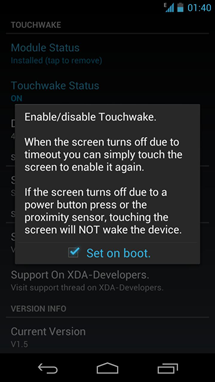 Enter a new app that looks to change all that: eXperience Pro. This app brings some features to rooted handsets that were formerly only available by using custom kernels.

Currently implemented tweak modules:
* Touchwake (all devices): When the screen times out (NOT manual lock with power button) one can simply touch the screen to activate it which is much more convenient than pressing the power button - especially great for tablets.
* Music Control (all devices): Control the music playback with the volume buttons. Long press of the volume up button skips to the next song, long press of the volume down button skips back to the previous song (or rewinds the currently playing song). Simultaneous long press of both volume buttons pauses the song or continues playback when paused.
* CPUfreq Control (all devices): Adjust the minimum and maximum CPU frequency step.
* CPU Control (only devices marked with [1]): Add and remove CPU frequency steps and adjust the voltages for the different CPU frequency steps.
* Volume Control (only devices marked with [2]): Adjust the output volume of the headphones and device internal speaker and the input volume of the camcorder and handset microphones.

At the current time, eXperieince Pro supports a slew of handsets, including the Nexus 4, Galaxy Nexus, SII, SIII, Note, Nexus 7, Transformer Pad Infinity, One X, and many more (the full list is in the app's Play Store listing.

Artem reached out to the developer with a few questions he had about battery consumption and use:

Does touchwake require more battery? If it has to keep the screen on in a state that's not completely off but responsive to touch, it's not truly off the way it is without it, isn't it?

You can run Touchwake in two different modes: with and without wakelock for the time the touchscreen is kept active. If you do not use a wakelock the device will enter Deep Sleep after screen off like normal and when you touch the screen an interrupt will be triggered waking the device from Deep Sleep. So without wakelock the extra battery drain is essentially zero. This works perfectly on devices with OMAP and Krait CPUs (and maybe Exynos, got no device with it). However for Tegra3 CPUs like in the Nexus7  the wakeup from Deep Sleep in only sluggish sometimes with seconds of delay. So in these cases a wakelock has to be used during the time the touchscreen is active after screen off which will prevent the device from entering Deep Sleep. The user can set this time period according to their own liking and as long as one keeps this reasonable (default is 45s) I could observe any measurable change in the average battery consumption over the day.

Music control - it's not obvious whether this only works with stock apps or any app, such as PowerAMP. Could you clarify?

Volume control - I don't understand the point of this option. I can already control the volume of the speaker in speaker mode and headphones in headphone mode.

Volume Controls allows you to increase the volume above the maximum levels defined by the manufacturer and/or Google. For example the EU enforces some very limiting restrictions on output volumes so people do not damage their ears which is too low for some headphones or people with a hearing disability. With Volume Control the only limits are the hardware capabilities.

eXperience Pro will set you back $2.45, but there's also a trial version so you can make sure all the tweaks work as expected on your device. Hit the widgets below to check it out. 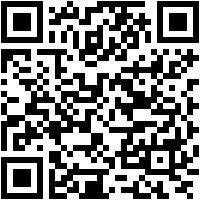 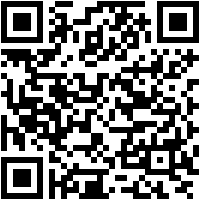 Verizon Announces The Pantech Perception, A 4.8-Inch $150 Pile Of ICS-Powered Mediocrity, For ...