When we reviewed the MOGA Pocket (then simply called "MOGA") back in October of last year, we loved the controller, but felt it lacked a lot of functionality users want out of a game controller (emulator support, anyone?). Enter the MOGA Pro ($50): a larger, more full-featured version of the MOGA Pocket. With this controller, it appears that PowerA has taken into consideration everything it did "wrong" with the Pocket, and used that to improve things with the Pro. More than just a bigger version of last year's controller, the Pro brings all new functionality to the table, along with a more familiar form factor and extra buttons. But is it enough to make this one a winner?

Setting Up and Using the Controller

Right out of the box, this controller should feel pretty familiar for anyone who's ever played an Xbox – it has basically the same feel and button configuration. It also features the same unique "MOGA Arm" found on the Pocket, which provides a simple and easy way to mount your phone to the controller, effectively turning it into a handheld gaming system. Unlike the Pocket, however, the Pro also ships with a very thin, light, and convenient tablet stand for those who prefer a larger screen when they game (*cough* me *cough*).

Another huge improvement the Pro has over the Pocket is the fact it's packing a rechargeable battery – no more pulling the backside off the handles and replacing the AAA batteries all the time. Good decision, PowerA!

Like its little brother, the Pro also includes a couple of free games (Namco's Pac-Man and Gameloft's NOVA 3), though I couldn't get the code for the latter to work. Boo! 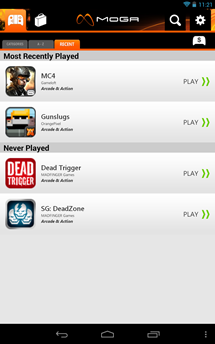 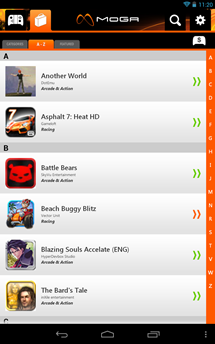 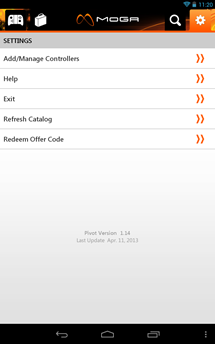 If you have a MOGA Pocket, then you're likely already familiar with the Pivot app – PowerA's proprietary app that lets the controller communicate with whatever game you're playing. The Pro also uses this app, but the setup process is a bit different than with the Pocket – namely because it has two different modes. "A", which is the same as the MOGA-supported-games-only mode of the Pocket; and "B", which puts the controller in the all-new HID mode. You know what that means? This controller can be used with any game that supports controller input – including emulators (no root required)! And switching between the two modes is simple: once they're both set up through the Pivot app, just flip the switch from A to B to toggle. Easy peasy.

I tested the controller with both modes, and am happy to report that they both worked flawlessly. That instantly adds value to the Pro over the Pocket. 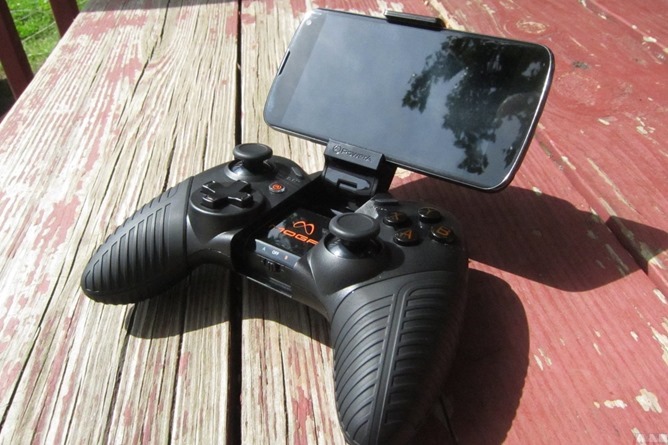 When we reviewed the Pocket, there weren't a whole lot in the way of MOGA-compatible games. That has definitely changed now, as there are several dozen; in the grand scheme of just how many games are available in the Play Store, however, that number is still nothing to write home about.

Phew. OK, that list was longer than I originally thought. 76 games total – some great, some you've probably never heard of. But they all have full MOGA support out of the box, which is great.

When compared to the list from October (when the Pocket was released), this proves one major selling point: MOGA-compatible games are on the rise. By this time next year, it's hard to say how long this list could be. 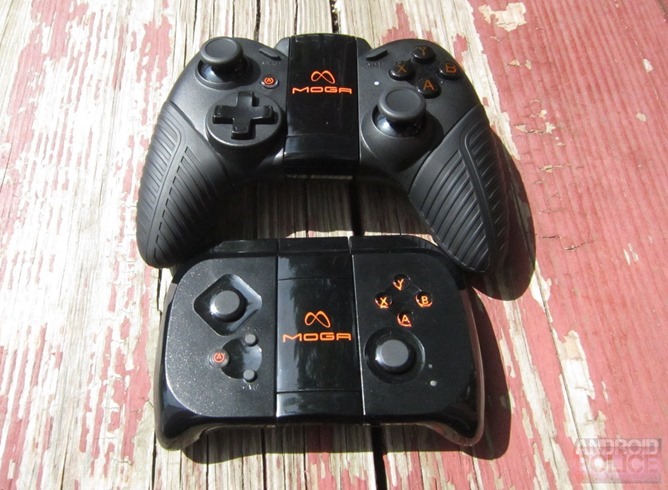 I just want to say that I love the build quality of the Pro. It's very lightweight (surprisingly so), but it still feels well put-together. All of the buttons have a very responsive spring action, the joysticks and D-Pad are very high quality, and the handles sport a very nice textured grip. There's even a button on the back of the controller that toggles backlighting for the ABXY keys! The MOGA Arm has a very satisfying "snap" when it's locked in place, and the extension mechanism appears to do a very good job of clamping down on the docked-in phone.

Overall, I'm extremely impressed with the quality of the MOGA Pro. It really lives up to the "Pro" moniker.

When it comes to playing games, you get what you expect: a controller. No frills, no bullcrap. Oh, and best of all: no setup (so long as you're playing a MOGO-compatible game, of course). I fired this badboy up with Modern Combat 4 for "testing purposes" – before I knew it, I had been playing for nearly two hours. This controller, combined with a high-quality game like MC4 or Dead Trigger, absolutely brings a console-like experience to your mobile device.

Where battery life is concerned, PowerA claims the Pro should get between 12 and 15 hours worth of play time. I'm inclined to believe that, because I've only had to charge the Pro once since I got it, and I've been using it for a couple hours a day over the last several days.

I know a lot of users were having a hard time justifying the $50 price tag of the MOGA Pro – understandably so, given that its little brother could only be used on MOGA-compatible games out of the box. But, given the Pro's increased size and functionality, the addition of HID input, and the fairly long list of MOGA supported games at this point, I wouldn't think twice about recommending the Pro to any mobile gamer who's looking to take the experience to the next level.

As always, if you have any questions that weren't covered in the review, drop 'em in the comments and I'll do my best to give an answer.