The HTC One page just went live at t-mobile.com, so if you've been lusting after what David called the most important phone of 2013 (read his review to understand the reasoning behind such a bold statement), you can finally secure the Glacial Silver version online. It doesn't look like the Stealth Black variant is up yet if you were looking for one of those, but on the upside T-Mobile is throwing in a free car dock with the purchase. Not a bad deal. 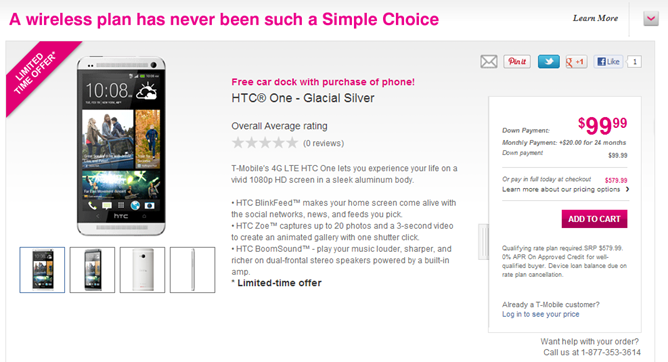 T-Mobile's HTC One packs 32GB of internal storage - if you remember, the 64GB version is reserved exclusively for AT&T in the States, at least for now.

The rest of the specs include: 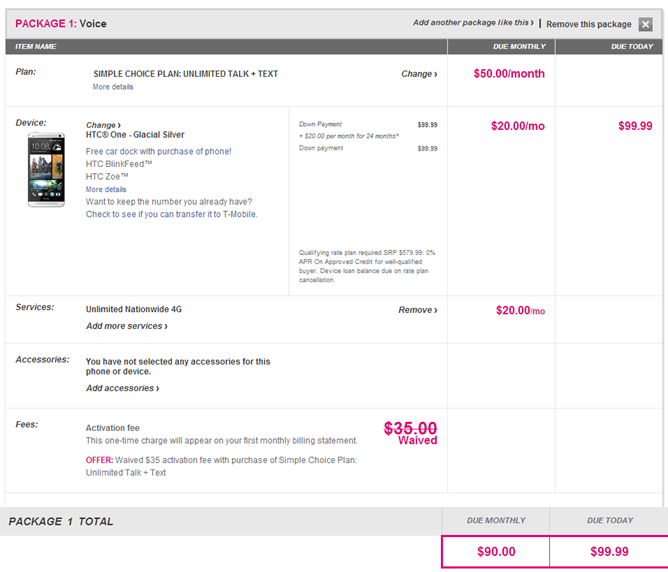 Note: I got an error after going through all the steps and getting to the Check Out screen, so hopefully you will have better luck. There's also a big chance that this is a pre-order, though I didn't see this fact or any mention of a different release date anywhere on the page. T-Mobile tweeted April 19th as the pre-order date and April 24th as the in-store date, so god knows what's going on here right now...

Update: T-Mobile emailed in to confirm that the One is indeed available immediately and is not a pre-order online. However, it's coming to stores on the 24th. That settles it.

Google Invites Users To 'Do A Little, Change A Lot' With Charity-Minded One Today App