An incremental update to the massively refreshed Google Play Store started rolling out yesterday evening. The new version is 4.0.26 while the previous version from April 9th was 4.0.25.

As expected, there are no major changes in this release, just minor bug fixes, as confirmed by Ron's quick teardown and comparison. I also dug around and found one more changed file Ron didn't mention - something called AutoUpdateMigrationHelper. It's not obvious what this Activity does, but likely nothing important.

Additionally, we started seeing reports of the Play Store's featured/promotional and recommended content coming back to life for those of you outside the U.S. The 4.0 update broke the functionality for many (though to be fair, Google warned that the update was only officially rolling out in the U.S. for the time being), but it looks like Google started repopulating this content in certain areas. Some are getting both recommendations and featured, while others are only seeing the former. Something is better than blank pages though, right? For further info, see here and here. We've confirmed that 4.0.26 has no bearing on this aspect of the Play Store - the timing is just a coincidence.

Even though v4.0.26 doesn't contain big improvements, we always try to make the latest version of the Play Store available to anyone looking for it. As before, you will find 3 mirrors towards the bottom of this page as well as one multi-mirror.

As a refresher, here are the main highlights of the big 4.0 redesign. The new Play Store looks a lot better, especially on tablets. It groups similar content together, continues showing recommendations as you keep scrolling, and simplifies the purchasing process. Each app in lists now has a handy Install button - just click the menu icon at the top right corner of any card, then press Install. Furthermore, in-app purchases can now be performed without leaving the context of the app you're in. And finally, the annoying post-install screen that appeared a short while ago is also gone. 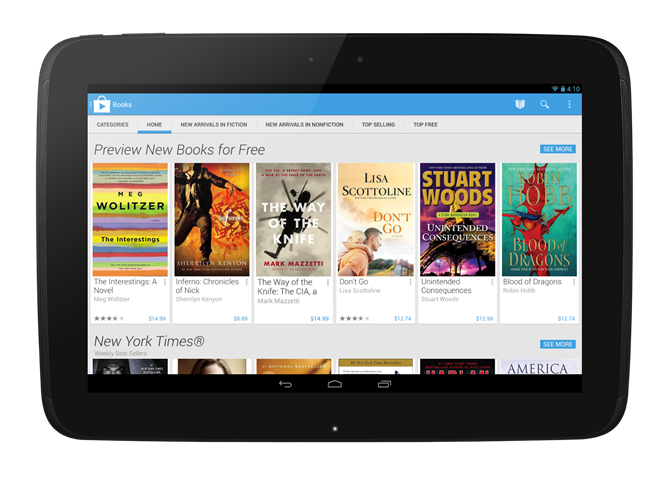 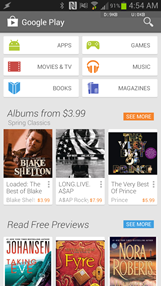 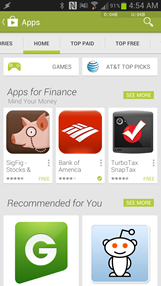 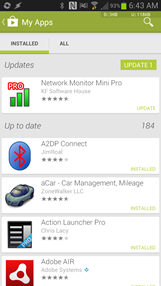 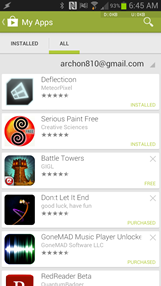 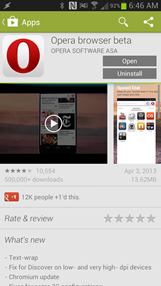 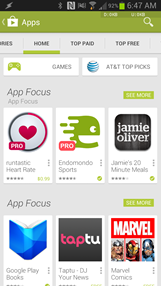 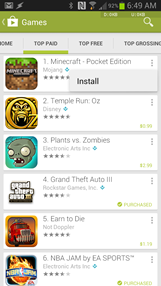 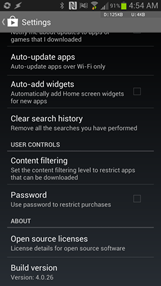 Warning: If you're outside the U.S., you may not see featured/promotional/recommended content for a bit. Once Google is ready to roll this release out in other countries, the content should start populating as you would expect. The rest of the Play Store works just fine. See the discussion towards the beginning of this page for more information on the current state of affairs.