Owners of Sony's Xperia Tablet S, it's time to get excited. Sony just announced that Jelly Bean (Android 4.1.1 in this case) will hit its production servers tomorrow morning between 9AM and 10AM PST, which means an OTA is on its way. 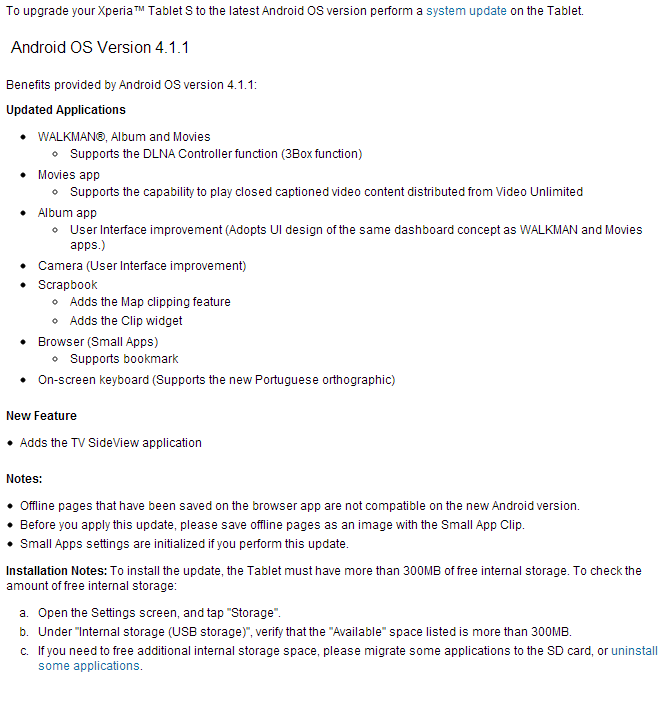 The update will be available in the United States, Canada, and Latin America, though it will apparently be rolling out in stages across the various locations.

The full changelog has yet to be published, but Sony notes that it should be available on its Xperia Tablet S eSupport page once the build hits the update servers.