In the interest of time, I'll spare you, dear readers, my usual spiel and say simply this: I like official accessories. In theory, anyway. I like the idea of accessories specifically made for specific devices by the device's original manufacturer. I've been delighted by the Nexus 7 pogo dock, and love the Nexus 10 pogo charger (though it isn't actually official yet).

Then there's the official book cover for the Nexus 10. We first saw this cover when the Nexus 10 was announced, and then it vanished into thin air for nearly six months before making a sudden appearance in the Play Store. Naturally, I had to get one immediately.

So, what is the cover like? Is it worth $30? Those are questions that take a bit longer to answer.

In the interest of finding out whether it was really "hunter's vest" orange, I ordered the "Scarlet" book cover. The short answer is no, though the cover is very bright in certain light. At times it looks absolutely orange. At other times, it looks red. This is due in part to the every day experience of moving between environments lit with different color temperatures, and partly because of the nature of the cover. Though it looks like a simple matte surface in photos, the case is actually textured, and the surface feels a bit like vinyl. 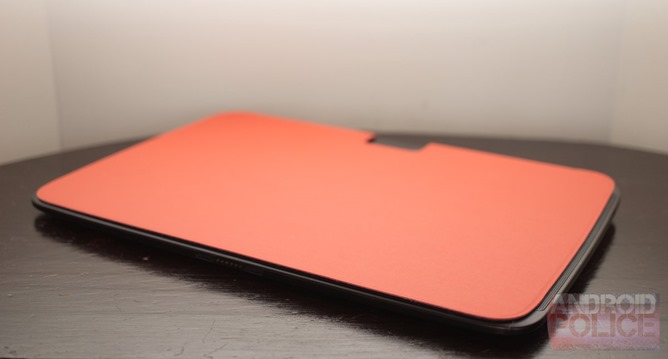 Right: Texture under a microscope

Inside is a simple cardboard insert, with a nearly undetectable flat magnet toward the top, since the magnetic wake sensor on the Nexus 10 is, for some reason, right next to the front camera. Speaking of, there's an opening over the front camera that allows you to take a photo comfortably when the cover is flipped over the back. Overall, the top portion of the cover is extremely thin, and while not flimsy, it does feel a little cheap. This effect is amplified when the cover hits your hand – or some other object – while closing, making a really unpleasant sound. 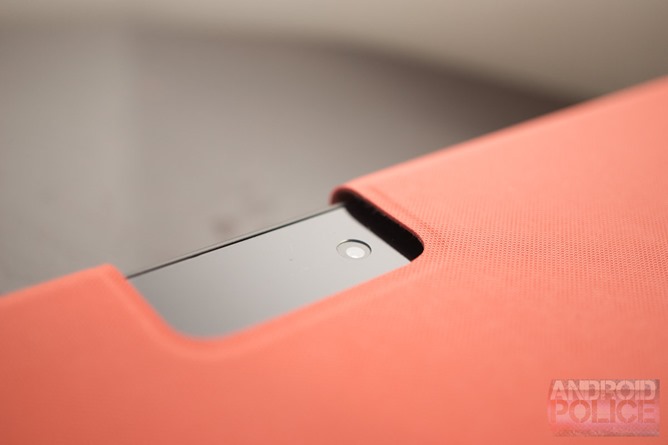 So how about the back? Well, as we've probably all seen, the back looks just like the regular backing of the Nexus 10, but with a nice subtle curve. The curve doesn't tilt the tablet enough to matter, but it does feel excellent to hold. 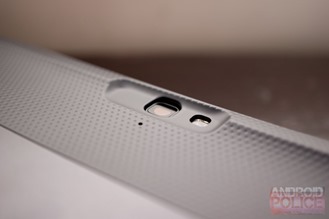 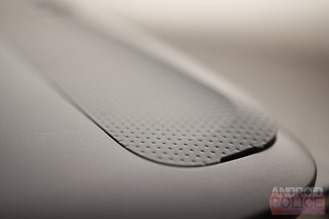 By the way, the cover is just a tiny bit smaller than the actual tablet – the Nexus 10's front facing speakers remain unimpeded by the book cover, which is a nice touch. 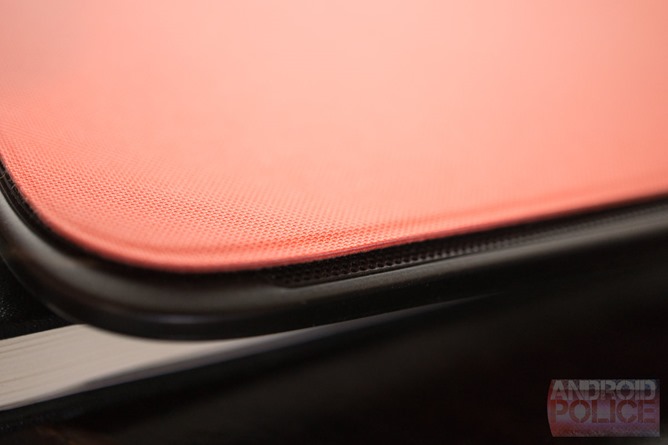 Otherwise, there's not much to see unless you count the two straps that connect the broad part of the cover to the backing. They seem sturdy, and leave room for the powerbutton. Otherwise, they're totally predictable. 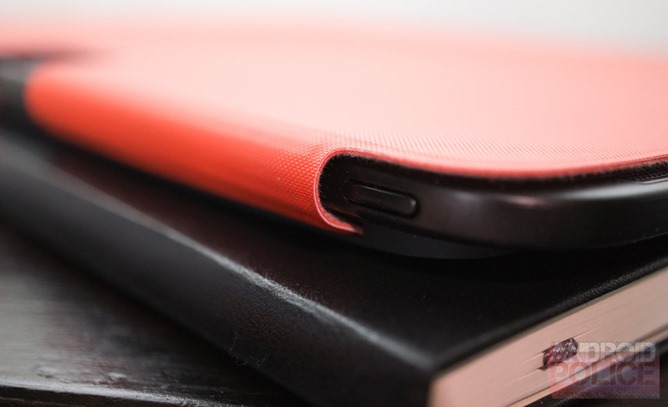 Before publishing my opinions, I wanted to live with the cover for a brief time. During that time, I found that the case looked and felt extremely stylish. Its utter lack of functionality (besides automatic wake/lock) aside, the case looks magnificent on the device, and looks superbly slender. It pairs wonderfully with a notebook. 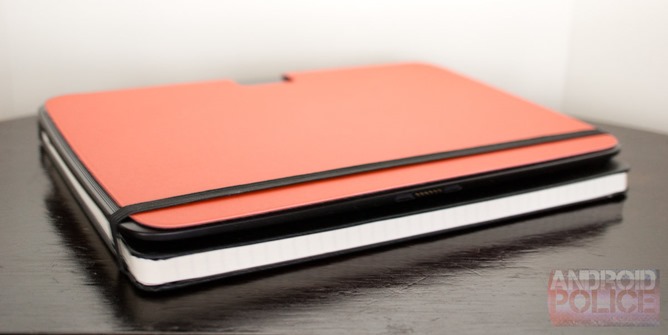 All of that said, the cover makes me slightly nervous. One of the Nexus 10's main selling points, in my opinion, is the luxuriant rubberized backing. Coming from the Dodo Case Durables sleeve, the official Book Cover makes me nervous that the backing might finally get scratched or otherwise marred. Then again, maybe the absolute razor thinness of the cover is worth the risk.

In short, not really. Basically, the cover looks great, and that's the totality of its value. Its lack of functionality (as a stand, or even staying closed) overshadows its aesthetic appeal by just great enough a margin to make it less valuable than $30 in my book, especially when third-party vendors (Dodo Case, Moko, Poetic, etc) have done such a nice job filling in the gaps. Would it be nice to have a cover that snaps into the back (thus eliminating a ton of bulk) but folds into a stand? No, it would be amazing. Unfortunately, that's not what we have here, and I fear Google missed the boat both on timing and value this time around. If you are still interested in checking it out for yourself, hit the link below.