Pocket, in an update to celebrate the one year anniversary of Read It Later's rebrand, has introduced (among other things) Send to Friend, a new feature that allows for quick, easy sharing of content with friends. Users can accept shared content directly from the Pocket app, using the app's new Inbox. Those sharing can also highlight quotes or add their own comments before sharing, sending them along for friends to read. 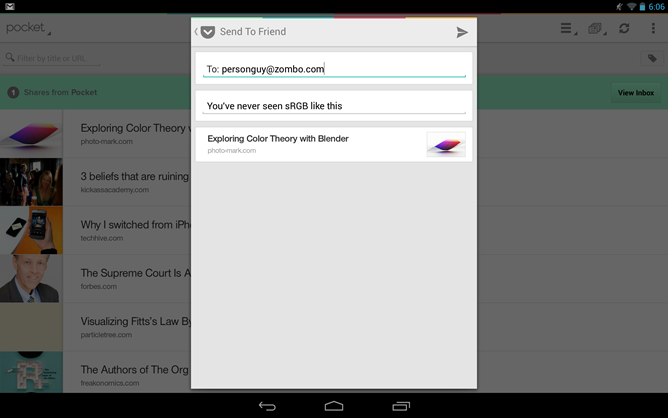 What's great about Pocket's Send to Friend is that users can share content with anyone via email without ever leaving the app. While a relatively small feature, it makes the Pocket experience all the more seamless. The app also pays attention to which apps you've most recently used, offering them up first in the refined "share" dialog. 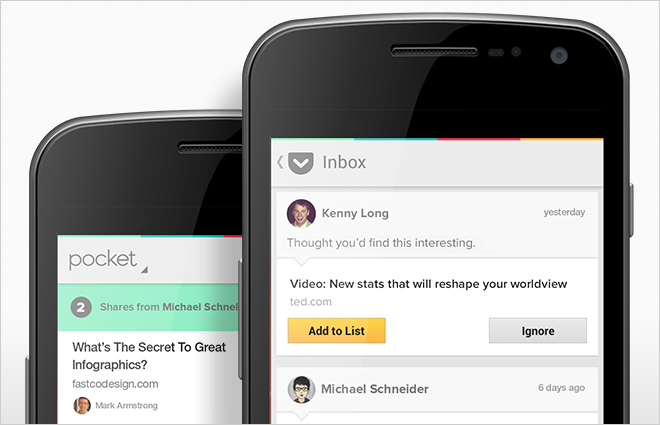 Besides Send to Friend, Pocket's latest update has refined syncing that will work with multiple devices, automatic full screen viewing in Article and Web Views, and – of course – bug fixes.

If you're not already a fan of Pocket, try it out. The app is not only beautiful, but extremely helpful in saving articles you'll want to read later. Hit the widget below to grab Pocket 4.5.