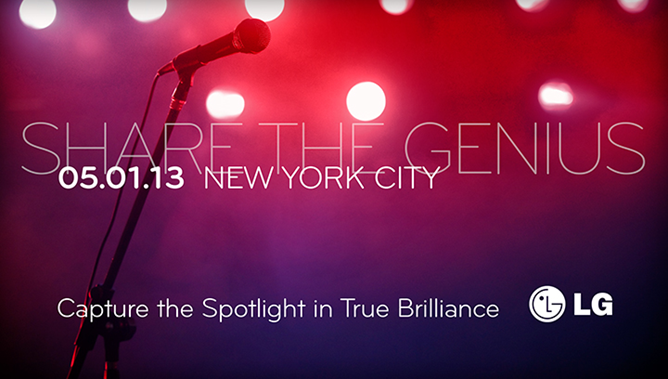 The LG Optimus G Pro is very similar to the Note II in many respects. It has a 5.5-inch 1080p screen, big honking 3140mAh battery, and a quad-core Snapdragon ARM chip. The Optimus G Pro currently selling in Korea has a 1.7GHz Snapdragon 600.

The invite itself doesn't doesn't tell us much of anything about the event. Although the microphone makes me worry we'll be seeing a repeat of Samsung's showbiz extravaganza on a smaller scale.

Were The Nexus 10 Book Covers Left Lying Around For Months Prior To Release?