If you've not tried Gameloft's Dungeon Hunter franchise, it's definitely worth taking a look at. Dungeon Hunter 2 was the first in the series to be released on Android (and is still only available for select devices on the Gameloft store), and is genuinely one of the most fun titles I've played on mobile. Dungeon Hunter 3, though it went to a free-to-play model, was still extremely entertaining and undeniably well-done (4.5 stars with over 100,000 reviews on the Play Store). Now, the much-awaited Dungeon Hunter 4 has hit the Play Store after landing on iOS last week. 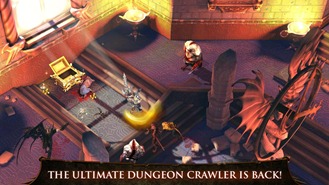 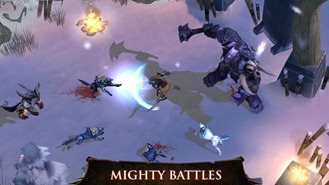 The visuals don't look like a huge upgrade from DH3, but they're still pretty damn good for a mobile game that can handle quite a few character models on screen at once, and let's be realistic - not too many other games in this genre will match DH4 for looks. And even if they do, it's even more unlikely they'll match it for sheer volume of content and features. Dungeon Hunter 4 has four character classes, and multiplayer in the co-op arena, PVP multiplayer, and team deathmatch flavors.

There's also a large single player campaign mode to tear through. Early reviews on the Play Store have the game sitting high at 4.5 stars, though the number of complaints about in-app purchases seems to be growing steadily. You'll need around 1GB of space for the game, as well. Hit up the link below to get it now.