Last November, I reviewed a product called the SuperTooth Disco 2. It's a really great little Bluetooth speaker, because it manages to pack a ton of sound into a small, attractive (I think so, at least) package. But it isn't the most refined  speaker ever built, and its decreased audio output when compared to its predecessor did leave a little to be desired.

It also was missing something - a feature that it originally promised to ship with: wireless stereo pairing with a second Disco 2 speaker. The company teased the functionality back at CES in 2012, but when the Disco 2 came to market, the feature vanished. It's not clear why, exactly, but it was certainly something that I found a bit disappointing. 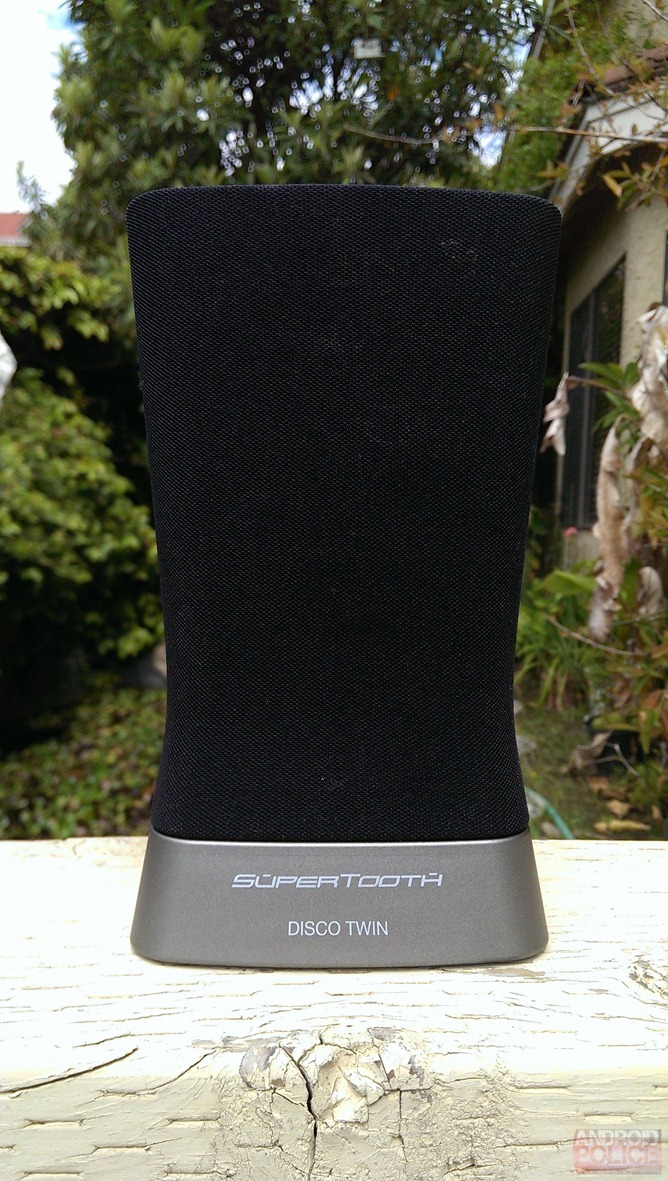 But now, that's all changed: the Disco Twin is here, and it's ready to pair up and rock out the moment you unpackage it. The idea is simple - take two Disco 2's, configure them to 'pair' to one another as a 2.0 stereo system, and then connect your Bluetooth device of choice and listen to sweet, sweet channel delineation. And SuperTooth has made the process super simple. In fact, there really isn't a process, and that's what I love about the Disco Twin.

The Disco Twin is, for the moment, a unique product in the Bluetooth portable speaker space. Two speakers the size of a Nexus 7 in front-profile that connect wirelessly to one another to form a 2-channel stereo pair. There isn't anything else out there that fits such a bill at the moment, and I think SuperTooth knows that - which perhaps is why the Disco 2 shipped without this feature. 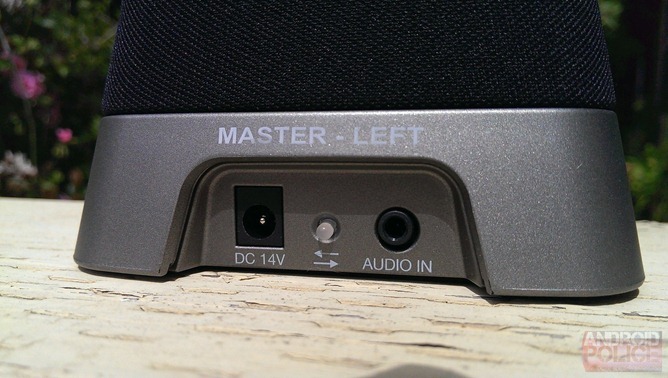 Everything I said about the Disco 2 in my review of it basically applies to the Disco Twin. The pros are portability, great standby time, quick connection and pairing speeds, and a lot of sound output. SuperTooth promises 3-4 hours of playback when you take the Twin near full-crank, something you'll likely do only in a party / get-together situation. 3.5mm audio in is a nice feature, too, and the fact that SuperTooth includes two male-to-male stereo cables, two chargers, and two sleeves certainly doesn't hurt. All of this, I think quite easily justifies the $199 price tag. 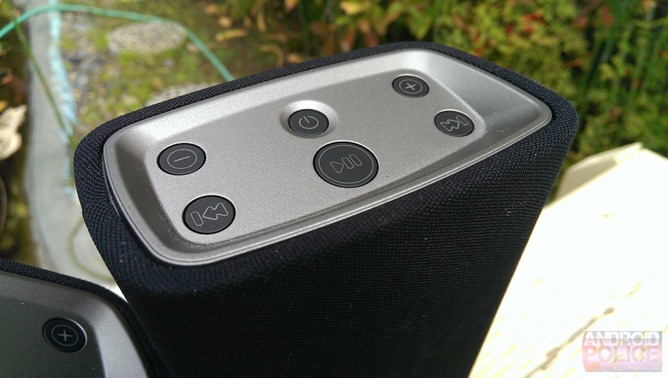 Oh, and the buttons. I don't really like them. They could be worse (read: capacitive), but I like raised, chunky controls on audio equipment, because I don't want to have to use my eyes to control a set of speakers. That's why I loved the original Disco, with its big, beefy volume dial. In paired mode, either unit's controls can be used to adjust volume, play/pause, or change tracks.

I can't overstate the gains in perceived quality of audio when you're hearing sound from two separate, distinct channels. Imagine listening to your music in only one ear - that sounds silly, right? That's kind of like what using a normal portable Bluetooth speaker is like, because you're losing out on the fact that music and most TV / film audio is recorded in at least two channels. Separating your output into at least two channels, then, helps to ensure you're getting the experience the creator of the content intended. It is objectively better, period. 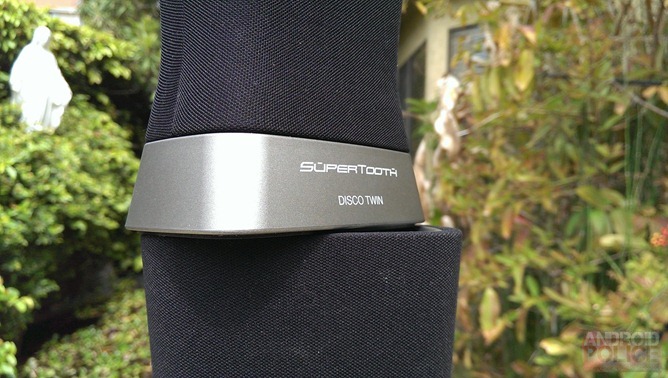 The fact that the SuperTooth Disco Twin makes doing this so easy is really the kicker for me - just power on both speakers, and they automatically initiate their wireless bond. No button-pressing, no cables, no hassle. It just works.

The Disco Twin's real selling point isn't sound quality. The selling point is that it gets effing loud. 32W of total output surpasses the already stupid-loud Disco 1 (rated at 28W of output) in terms of sheer volume, and you can much more effectively direct the brunt of that cascade of sound because you have two speakers to work with. 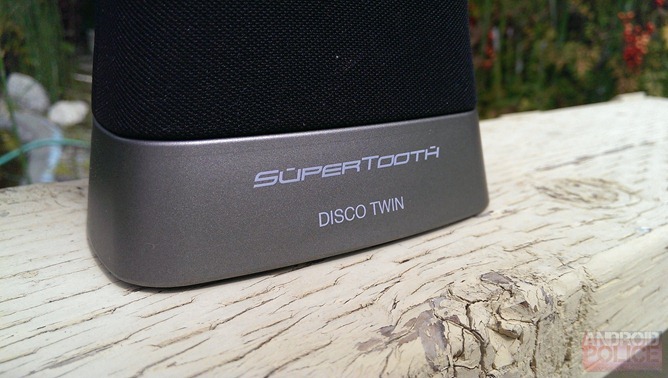 That isn't to say the sound is bad, though. Each of these by itself sounds a hell of a lot better than a Jambox or Braven when you start pushing beyond 'sitting at my desk' volume levels. The sound is full and warm, and while the bass isn't anything to write home about, you could do a lot worse. Sure, it's bigger than most of its pint-sized competitors, but I'd argue the size tradeoff is easily worth the gains in output and quality at higher volumes.

The fact that you could easily stuff both of the speakers into a relatively lightly-loaded backpack  makes them an even better sell for portability than their bigger one-piece sibling. These things would be perfect for a little hotel movie-watching on your laptop or tablet. And if you can't fit both, you can always just take one, too.

The Disco Twin gets my full recommendation from an audio accessory standpoint. It has a niche targeted, and it fills that niche with outstanding competence. Do you want a portable Bluetooth audio solution with high output capacity, solid battery life, and dead-simple operation? I can't see a reason not to want this, unless you absolutely feel you don't need a pair of Bluetooth speakers.

Sure, there are speakers out there with better fidelity, or more portability, or superior battery life. But few offer such a compelling, well-rounded package, and none of them offer the Disco Twin's stereo pairing ability. This is a great product, and I look forward to seeing the Disco line continue to evolve. 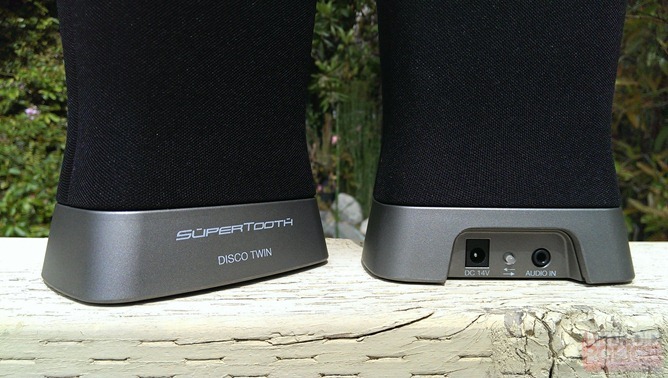 Fun fact: All of the photos in this review were taken with an HTC One. Not shabby, right?