In the cutthroat world of mobile office suites, developers are always trying to bring more features to the table so you'll pick their offering as your go-to. And when it comes to that arena, I personally can't say anyone does it better than Mobile Systems with Office Suite Pro. It's been my personal choice for, well, a long time.

Today the office-on-the-go was updated to version 7.1, which brings with it several new features, including some rather unique options:

As you can see in the above list, this version has "dual screen support" – whatever that means (seriously, what does that mean? Is that an update specifically for the Sony Tablet P? Or the Kyocera Echo?). Update: Turns out "dual screen" is a reference to Samsung's Multi Window. It's as if everything is suddenly clear. Thanks for clarifying, Phillip!

If you already use Office Suite, head the Play Store to grab the update. If you're ready to give it a shot, hit the widget below to grab the trial – though be ready to shell out $15 for the full version once you realize that you can't live without it. 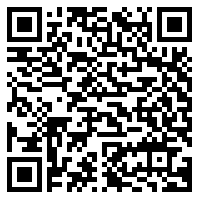 [New App] Notifications Off Gives You A Handy Way To Selectively Banish Apps From Your ...