It was just five days ago that Hazard Rush was released to the Play Store. The developer took to Reddit to make the announcement and offer some freebies. Well, the community was into Hazard Rush, which (according to the app description) is a little like Snake and Geometry Wars. It's the next part of the description that got Hazard Rush banned from Google Play. The developer made a cheeky SEO joke, and that was enough for it to get swept up in Google's Play Store purge.

Sit on the edge of your bus, train, subway, office or toilet seat as you evade enemies, trigger bombs, and collect multipliers in pursuit of your high scores. Hazard Rush is half Snake, half Geometry Wars, and half Temple Run (maybe that last one is just SEO). (Emphasis added by AP)

It appears that Google has been making large-scale sweeps of the Play Store in recent weeks, and is removing apps it feels are abusing the anti-spam policies. The developer of Hazard Rush got the cold, impersonal form email informing him his app was being banned yesterday. An appeal was rejected by Google earlier today, so Hazard Rush is permanently out of Google Play. The dev says he's going to make some changes and eventually try to resubmit to Google Play (presumably under a different developer account). In the meantime, you can download Hazard Rush here. 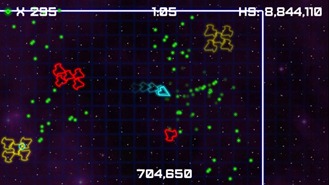 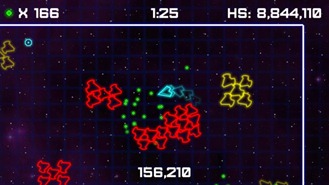 It seems silly to remove an app that, by all accounts, was not of poor quality over a little joke. This just goes to show you how serious Google has gotten about preventing keyword stuffing in app descriptions. That's not necessarily a bad thing, though. We all like to see more accurate search in the Play Store. It's just a bummer this developer got caught up in a technicality.

Update: The developer has resubmitted the game to Google Play with a new package name. Anyone who downloaded the game previously will have to uninstall that one for clarity. On Reddit he promises to be good this time with regard to Google's terms. The dev has still included a way to unlock the full version without paying, which is pretty nice of him. Just check out the announcement for the details. 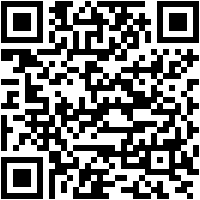 Press Bumped To Version 1.2 With Widgets And More In 'Biggest Update Yet'