Football season is an agonizing five months away, with only the slow, pedantic fields of baseball to satiate American sports fans until then. But every spring, the NFL throws a taste to football fans going through withdrawal, in the form of the NFL Draft. And the official NFL Mobile app is there to cover all of it (via the NFL Network cable channel) so long as you use Verizon. 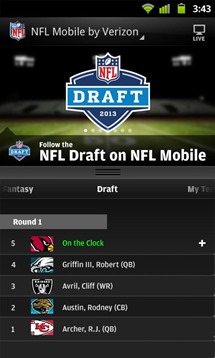 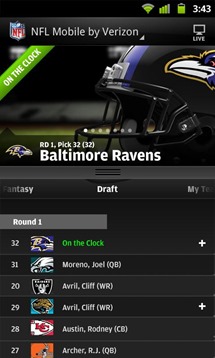 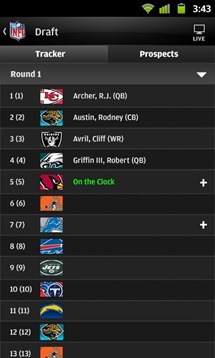 The latest update to NFL Mobile prepares it for the Draft, beginning on Thursday, April 25th. Verizon customers can use the app to follow news and updates, including custom team tracking tools. But the real draw is access to the NFL Network live stream. Verizon's making a big deal out of this, but it's honestly not much different from the standard off-season live stream... and one of the ways that it doesn't differ is the price. You'll still need to shell out five bucks a month for Verizon's NFL package to get access to live video, and keep in mind, that extra dough doesn't erase your mobile data limit.

Paid access to a Draft live stream isn't that bad - cable customers have to pay for it too, after all. The app also has new closed captioning for live videos (and presumably the games in the fall will have captions as well), a useful feature if you're in a public place and you've forgotten your headphones. There are also the standard bug fixes, but unfortunately, I still experience regular crashes.

You Can Hate On Facebook Home All You Want, But You're Going To Love This Launch Video, ...