Hey! Facebook Home is here, and you can totally have it. So long as you have a compatible phone, of course. It just so happens that I have one such phone laying on my desk (an HTC One X+), so I figured I'd give this whole Facebook as your phone experience a shot. Been playing with it for around an hour or so when I started writing this, and it's... different. The experience is strange, and I find myself continuously hitting the home button in an attempt to escape this parallel universe and get back to the comfort of my "normal" launcher. Since I made Home my default as soon as I installed it (as a means to ensure I'd actually play with it), those attempts are in vain. But now I have a pretty good idea of what Home is all about (read: Facebook everywhere), how I'd use it (read: I wouldn't), and who might like it (read: probably not you).

Let's start with the homescreen, because that's where you'll likely spend most of your time with Home. In a nutshell, it's your Facebook feed, but instead of viewing it quickly and easily, it's spread across multiple different screens, if you will. It's kinda cool, but I can see how the novelty will wear off quickly. Very quickly. Like, after seven minutes. Maybe nine if you really like Facebook. 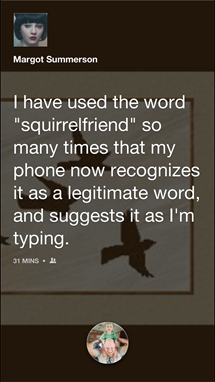 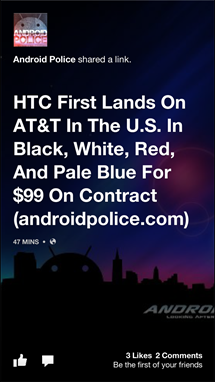 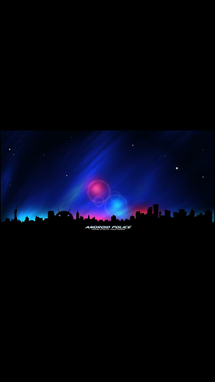 Left: My sister being... herself; Middle: an AP update; Right: after long-pressing on said AP update

The way it handles content is a bit strange. The person's (or page's) profile picture shows in the top left in most cases, the rest of the screen is filled with whatever they shared – be it a status or an image. In the case of the former, the background becomes a scrolling image of the person's cover photo – long-pressing on it will zoom out to show the entire image. Similarly, if an image is shared, it just floats around in the background and must be long-pressed before you can see the entire image. It's all about the show, baby. 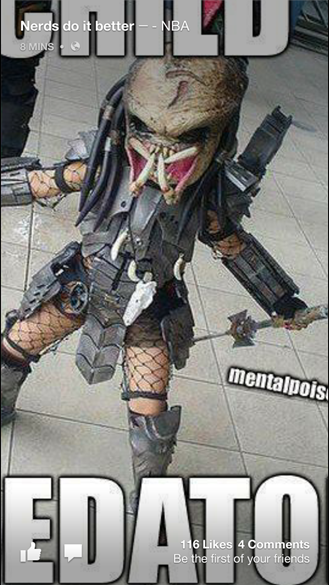 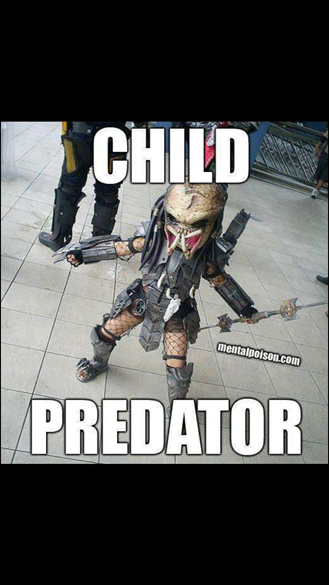 The lockscreen is, well, non-existent. You see cover feed the second you turn your phone on, though there's no text to be found (until you tap the screen). It's actually really clean and I quite enjoy it. If I could just have this as my lockscreen and return to the stock launcher with a tap of the home button, I'd dig it. 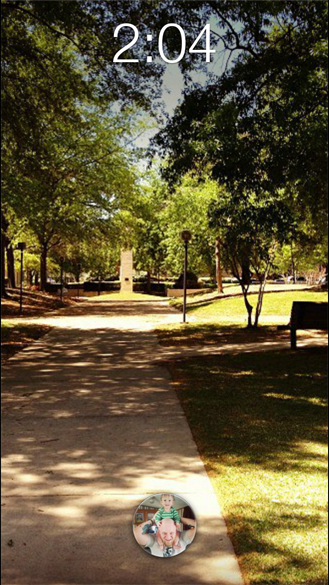 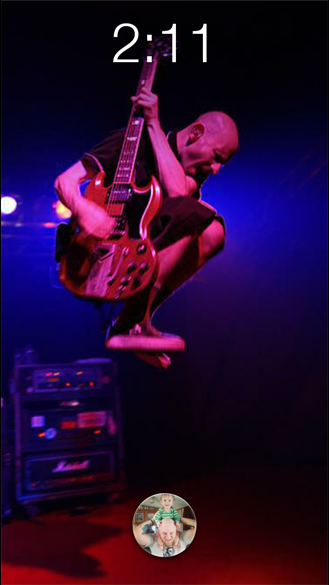 Honestly, that's basically the gist of Home. It's super simple. You can like and comment directly from the cover flow; be careful with that though – double tapping instantly "likes" whatever it is. I did it by accident no less than six times while writing this piece.

But there are settings! Since I'm using my X+ for this, a quick tap on the menu/multi-task button opens the settings menu, which reveals a few features – including an option to quickly and easily disable Facebook Home. If you look directly below that, you'll see something that should please the eye: a "show status bar" checkbox! I read a lot of comments from concerned users about missing other notifications because Home takes up the entire screen, so I'm sure this is a welcome option. If you elect to hide the status bar, however, it can be revealed with a swipe down from the top of the screen. Handy. You can also disable the non-lock lockscreen from here. Past that, the options dive into other Facebook apps' settings, like Messenger and the FB app itself. You're probably already familiar with those. 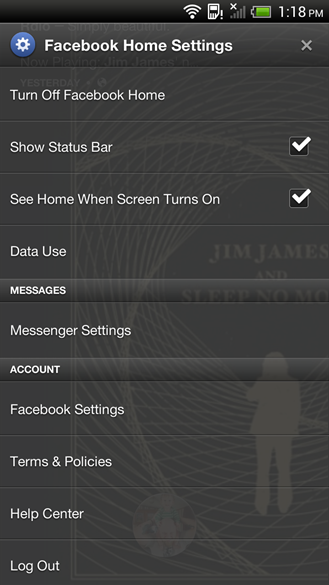 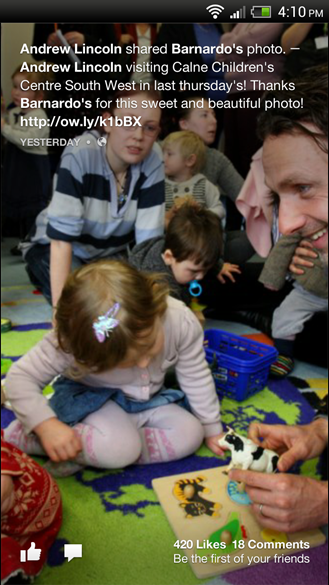 And we can't forget about Chat Heads – this may actually be my favorite part about Home (well, actually, it's a part of FB Messenger). For those who haven't heard of Chat Heads (who are you people, and why are you here?), they're basically little popup notifications that float on your screen, allowing you to quickly and seamlessly pop in and out of Facebook chat without leaving the current foreground application, whatever it may be. It also works with SMS messages and allows you to easily switch between SMS and FB messenger, so everything is unified in one location. I like that. To dismiss a Chat Head, just long-press on it and drag (or fling) it down to the X. 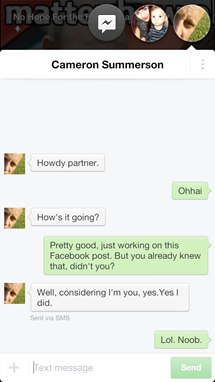 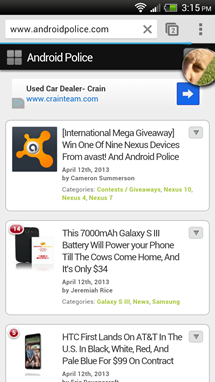 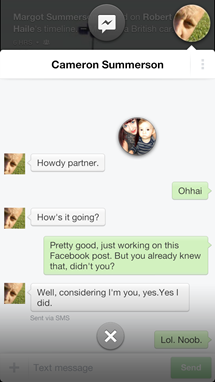 Left: An SMS with myself; Middle: My floating face on top of Chrome; Right: Dragging my wife and son to the X. I'll miss them.

Of course, you (hopefully) have other apps that you like to use, too. That's where Facebook Home really... sucks. Seriously – the app tray is a disaster. You can get into the tray one of two ways: either hit the home button, or long-press on your head at the bottom and drag it up. Yes, you must drag your own face across the glass to get to your apps. It's slightly masochistic. There are also two other locations that can be accessed via the head-drag method: Messenger (to the left), and the most recently opened app (to the right).

As soon as you open the tray, you're presented with a dashboard of sorts, where you can put your favorite apps. The area was already populated with the apps from my formerly-stock launcher's homescreen, as well as Facebook and Messenger. Above this area are direct portals to updating your status, uploading a photo, or checking in, all of which launch the stock Facebook app.

To get to the rest of your apps, a flick to the right is necessary. But you won't find the wonderful paginated style of app tray that we've all gotten so used to. Oh no. It's back to the Gingerbread days for this one – it's just a big ol' vertical list. And I hate it. Long-pressing on apps allows you to move them into your favorites area, so if you just use a few key apps you shouldn't have to access this God-awful abomination of an app list very often. 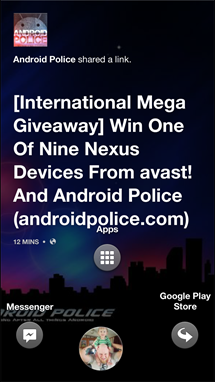 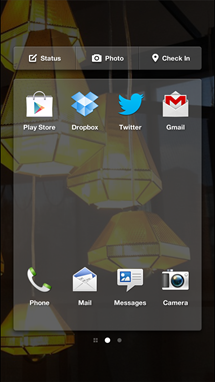 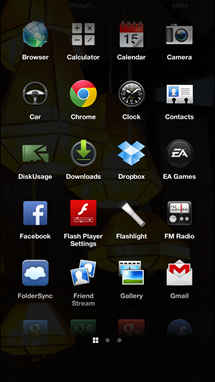 And that's pretty much it. It's a simple "launcher" (I'm having a hard time calling this a real launcher – it's definitely about Facebook and not much else). If you're a social junkie who spends roughly 10 hours (give or take) on Facebook daily, you'd probably find use in Home. Also, you probably don't read this site.

I read some cases on Twitter where users were having trouble uninstalling Home. You must have Facebook and Messenger installed before you can remove Home from your device. Stupid, I know.

I'll be getting my hands on the HTC First in the coming days, so expect a full review and more in-depth look at Facebook Home soon. In the meantime, if you have questions or things you'd like to see in the full review, feel free to drop them in the comments section below.

If you'd like to give Home a shot – and honestly, if you use Facebook at all, you probably should just for its uniqueness – you'll find it at the link below. Keep in mind, though, it's only available for a handful of devices at the moment.

[The Android Police Podcast] Episode 57: Georgian Monks And An Army Of Ron Clones