The Galaxy S III has a capacity of 2100 milliamp hours. As far as battery life goes, it's alright, when compared to other flagship phones from last year. But if you want the absolute best longevity out there, not to mention the best bang for your battery buck, you've got to check out the off-brand expanded model that Reddit found while trawling the depths of Amazon. 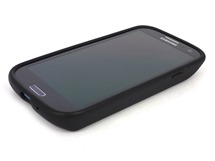 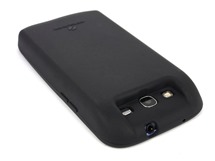 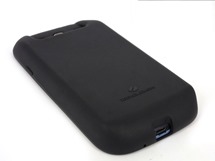 It's got a capacity of 7000mAh. Look at that number again: 7000. That's more than three times the capacity of the standard battery, double most of the existing extended batteries, and (as it happens) the same amount of juice that goes into Samsung's current crop of 10-inch tablets. It's much, much more than you'll get out of any RAZR, MAXX or otherwise. It's quite possibly the biggest Galaxy S III battery that money can buy. Of course, the extended battery pack gives your phone the size, weight, and density of a curvaceous brick. But it's a brick that can last a week on a single charge.

Here's a pretty good video overview, done by the folks at Smoking Android:

And not a lot of money, as it turns out. The ZeroLemon battery is a mere $33.99 on Amazon at the moment, complete with a black TPU replacement battery case and a six-month warranty. It comes in black, white, and blue, and it's even got NFC, for those who can't live without it. If all that hasn't piqued your interest, Amazon Prime customers can pick one up and score free two-day shipping.

HTC First Lands On AT&T In The U.S. In Black, White, Red, And Pale Blue For $99 On Contract