4.99 inches? Small potatoes. 5.5 inches? That's like a baby's toy! In their quest to extend smartphones to every possible dimension, Samsung has announced the GALAXY Mega 5.8 and GALAXY Mega 6.3, with (you guessed it) 5.8" and 6.3" screens, respectively. While these husky and fluffy phones (the Galaxy Note 8.0 probably falls into the dayum category) are styled after the new Galaxy S4, their specifications plant them firmly in the mid-range, bringing gigantic screens to markets that were previously off-limits. Neither phone has the Note's trademark S-Pen stylus. 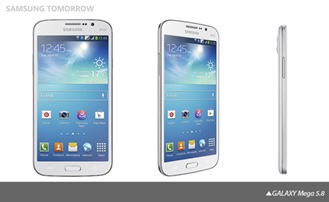 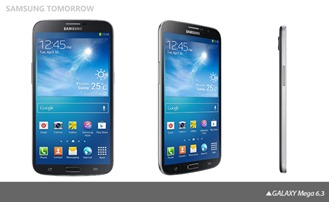 The rest of the specs on the Megas are pretty decent. Both use Android 4.2 with Samsung's ubiquitous TouchWiz UI and apps, 1.5GB of memory, and 8-megapixel rear cameras twinned to 1.9MP front shooters. The Mega 5.8 gets a 1.4Ghz dual-core processor with 8GB of storage, while the 6.3 gets a speedier 1.7Ghz processor and both 8GB and 16GB flavors. Both come with MicroSD card slots. The 5.8 has an impressive 2600mAh battery, while the 6.3's is a capacious 3200mAh. That's stretching into RAZR MAXX territory, and the relatively low resolution of the screens might actually help to extend the phones' longevity. 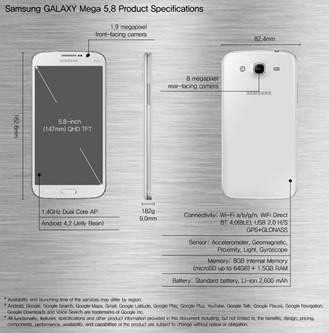 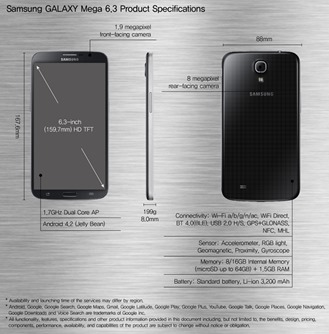 The international GSM Galaxies Mega will start shipping in May to Europe and Russia, with a wider release thereafter. American releases of the phones are unlikely, though a "phablet" at a lower price point might be tempting for regional carriers. Prices have not been announced.

Roundup: Check Out Our Six Picks For Best New Game From March 2013