The founders of [email protected] (often spelled DoAT) believe your smartphone is boring and stale, and they want to make it "dynamic" with Everything.me Launcher. I always love new and innovative launchers, or, just about anything that could dramatically change how I interact with my smartphone. When I saw the video, which promises your smartphone will adapt to whatever you are interested in, I was more than a little intrigued. The idea is for people to declare what they want to see at the moment, and then immerse them with imagery and apps.

Everything.me is a typical home screen replacement in most ways, and even appears to be based on the stock Jellybean launcher. A field, not unlike the Google search bar, is located at the top of the main screen for users to input their subject of interest. Once a topic is in place, a new background image is pulled from the internet and a full screen of icons slides into view. Each search brings a new background and a grid of your own native apps, assorted web apps, and sometimes personal data culled from your bookmarks, calendar, contacts, and other sources. 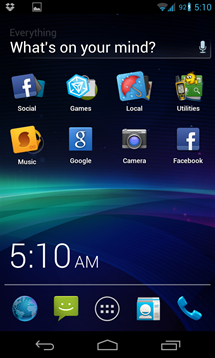 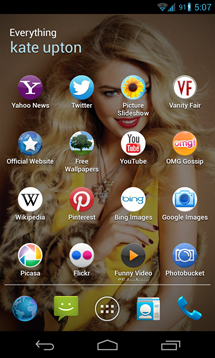 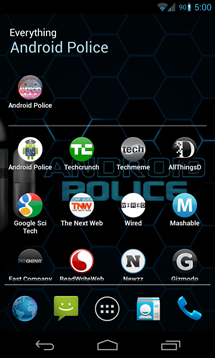 On the surface, it all feels kind of magical when you are using fairly simple or popular topics, especially those that target obvious categories: celebrities, types of food, movie titles, etc. With so much aggregated data, some really good information can be exposed that may not have been present in a regular web search. To a lesser extent, this is replicating Google Now's ability to provide information we didn't know we wanted until it was in front of us. Of course, as subjects veer away from Google-friendly keywords, the results can become a bit unpredictable. 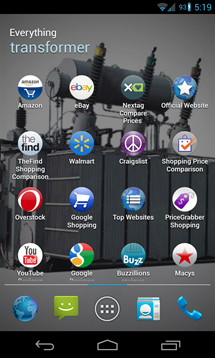 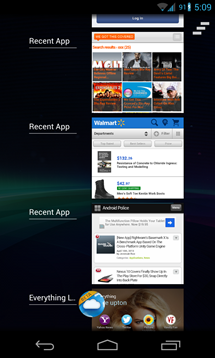 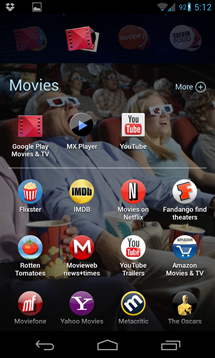 Everything.me really wants to be a good citizen on your phone; it features native apps whenever possible, tries to launch directly to the relevant content, and even cleverly fakes new entries in the task-switching interface for separate web apps. Unfortunately, the launcher has no way to access everything in the ecosystem, which means the vast majority of recommendations tend to be mobile websites, especially online stores. 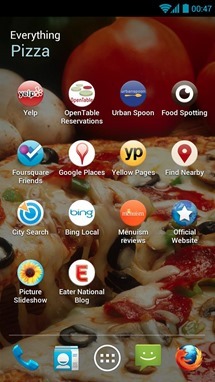 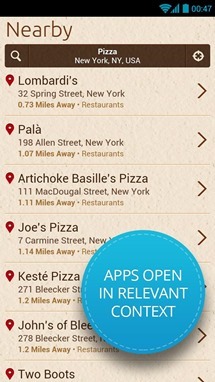 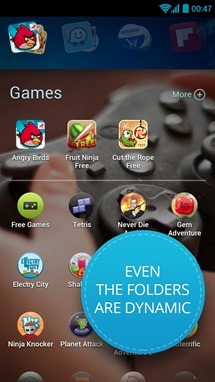 This may not be the first time you've heard of [email protected] or Everything.me. For the last year, under the original name "The Everything Project," the developers visited several shows, including SXSW and MWC, to promote their idea. Having garnered $35.5 million in funding, the efforts of the 3-year-old Israel-based company have not gone unnoticed. Last November, Mozilla announced plans to integrate the launcher into its Firefox OS interface with hopes that it will help to distinguish the platform from other mobile operating systems.

Everything.me is definitely an interesting endeavor and it's one of the better attempts to make multiple web apps feel less out of place. Regrettably, the list of required permissions seems almost as long as the U.S. Constitution, however, there is nothing that can't be explained by one feature or another. If you would like to give Everything.me a shot, it is available for free in the Play Store.

[New Game] Hills Of Glory 3D Lands On The Shores Of Android, Takes The Fight To Your Device