Exactly one year ago, Cinemagram developers teased an Android version of its crazy GIF and/or video-sharing service. 365 days later (today!) that app has finally arrived and it's pretty great! As with the iOS version, you can record a video, loop it, and select certain portions of the video to animate while other portions stay still (which can lead to some surreal effects). 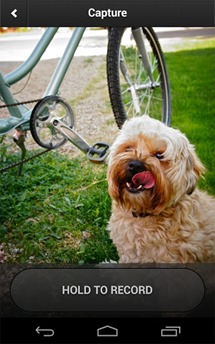 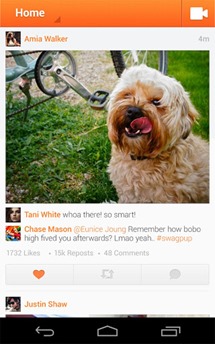 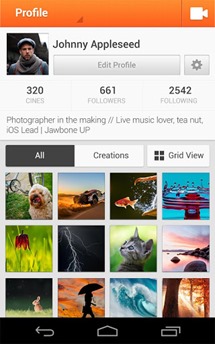 Since that initial tease a year ago, there have been some changes, however. Twitter released Vine in the interim and Cinemagram has added the similar ability to create short, "edited" videos by letting users hold to record, releasing to change camera positions and continuing. Also, sharing on the web now seems to use a video format instead of defaulting to a GIF (since there was no Android version before, I can't tell when or if that changed).

The GIF sharing situation seems to be a bit broken at the moment as the best I could coax out of it was the below image. Particularly troubling since the primary method of sharing is a much more Vine-like embedded, looping video like the one above. Also, very frustratingly, the "Open" button in the embed above redirects to the iOS app. This can likely be fixed server-side, but is nonetheless frustrating at the moment.

Hopefully an update will fix the minor issues, but in the meantime, basic sharing still works pretty well as long as you're not picky about format and Vine has yet to drop for Android, so why not give it a whirl?