The first time I tried using ADB after updating my PCs to Windows was a very unpleasant experience. What worked so well on Windows 7 was apparently borked in Windows 8 thanks to the new driver verification system that disallows unsigned drivers from running without this mode being first disabled, which requires a reboot. Upon subsequent reboots, driver verification is re-enabled, making the entire process tedious and beyond frustrating. I've since resorted to using a portable version of Linux Mint install virtualized within Windows – a less than ideal setup, it is. 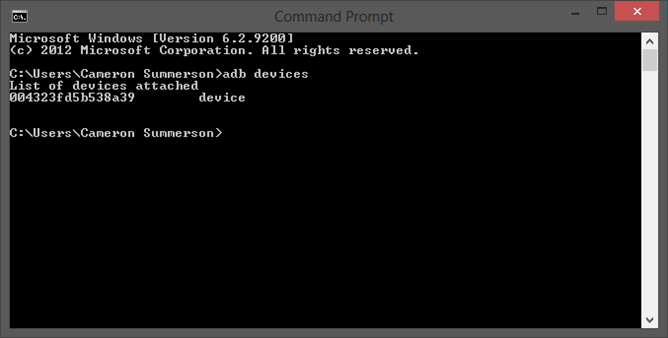 Today, however, famed Android dev Koushik Dutta (Koush) has released a universal ADB driver that not only works with all Android devices (that's right – no more proprietary drivers!), but also all versions of Windows – including 8. I'm not sure there's anyone on the planet more excited than I am about this.

And it works beautifully. I immediately installed it and gave it a whirl on some of the random devices I have laying around and am happy to report that it works as advertised. ADB (and fastboot) is no longer an issue on Windows 8 thanks to this driver.

Koush didn't do it alone, though – this has been a sort of "project" within the community for some time now. As such, it's also open source. You can find the download, as well as the source at the links below. Enjoy!

In California, Using Your Maps App Is Just As Illegal As Texting While Driving, Court Says

[New Game] The Makers Of Call Of Mini Try Their Hands At Dungeon Crawling With Tiny Legends: Heroes