Update x2: The update is rolling out again as of April 8th. Hopefully it'll last this time. 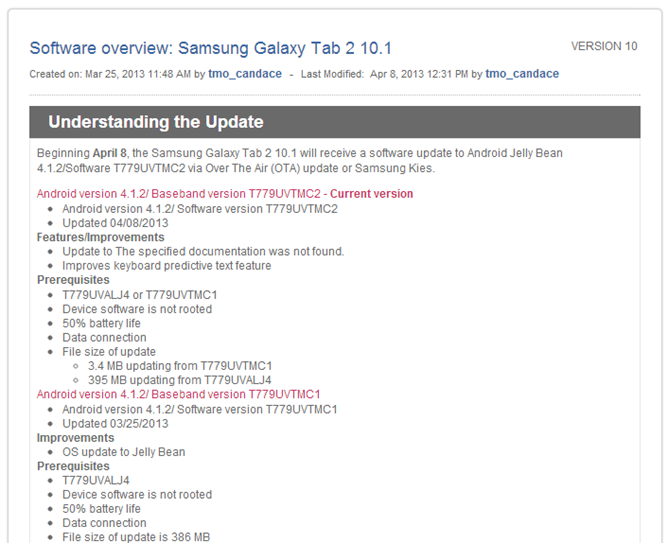 Update: Turns out that T-Mo recently halted the update. At this point there's no word on why it was delayed, but the carrier updated the support page to reflect the change, noting that it is "paused until further notice." We'll let you know when it starts rolling out again.

If you picked up the T-Mobile-branded version of Samsung's newest 10-inch slate that doesn't have "note" in the name, you may want to head into the Settings menu and tap the update button, as T-Mo has quietly started pushing the Android 4.1.2 update to the device. This brings Team Magenta's version up to speed with that of Verizon's, Sprint's, and the Wi-Fi-only model. 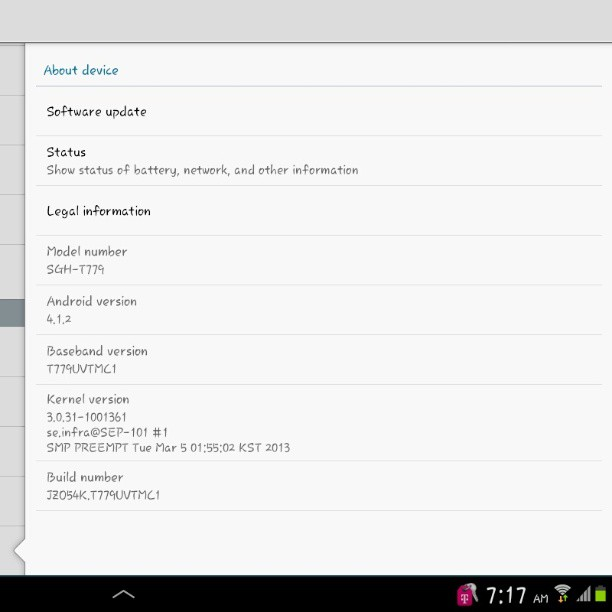 This, of course, brings oodles of fun new things to the tablet, like Google Now and Project Butter, along with whatever Samsung and T-Mobile decided to throw in. The update should be available via both OTA or Samsung's Kies, though without an official T-Mobile announcement we can't be entirely sure about the latter.