Don't let your eyes deceive you. That is not a Galaxy S III (or IV) you're seeing. No, that is a new phone from Samsung. Yes, it has a name. You know what else it has? A 4.7" 800x480 display powered by a 1.2GHz quad core processor. What's that? You want to know the name? No, you don't. You want to hear about the 5MP camera, or the 8 whole GB of internal storage! 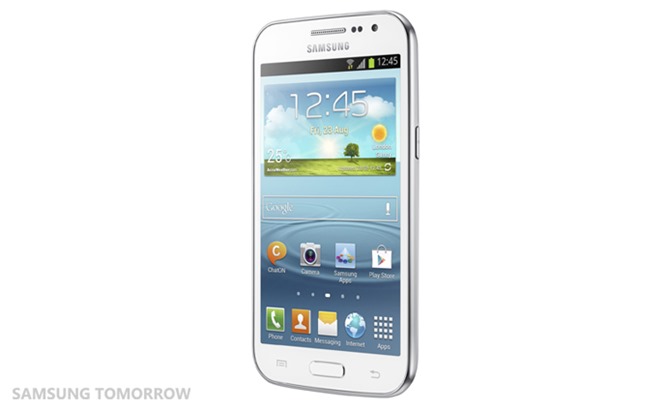 Let me tell you all about how this phone is a decent device for mid-range customers. Not cutting edge, but not too terrible, either. Hmm? You still want me to tell you the name? Hush, don't you worry about that. You should be checking out this spec list!

Doesn't that sound positively average? Which is not a bad thing. Not everyone needs awesome. Some people are okay with average. Some people don't need to be the top. They don't need to dominate everyone else, or be the best, or spend the most money or have the fanciest hardware or—okay, fine! It's called 'Win.' The Galaxy Win. The mid-range device that is neither amazing nor horrible—that does not have any sort of victory over any device in any way—is called the Galaxy... ugh. 'Win.'

[Editorial] Virtualizing Android Is Kind Of A Big Deal For Everybody