Dungeon crawlers are getting a surprising revival on mobile platforms, and Triniti Interactive has just thrown their surprisingly blocky hat in the ring. Tiny Legends: Heroes is the second entry in their Legends series. This one is focused on strategically managing multiple characters at once (a la Battleheart, among many others) and keeps the distinctive, quasi-retro art style that's help made their other games so popular.

You're given up to three Heroes to manage on any given stage. Swipe your finger from one hero to an enemy to engage them, or from one friendly to another to heal. Special attacks are performed via handy buttons, and leveling up your fighters will result in more powerful skills. Naturally, there's a ton of loot to be had in the way of weapons, armor, and accessories, and boss fights scattered across 70 levels will test your skill. Really, it's Battleheart, plus 3D graphics.

And in-app purchases, of course - what more would you expect from a free game? The IAP doesn't seem too egregious in Tiny Legends, but it's definitely there: common coins and rare crystals will drop with depressing infrequency in-game, but can be bought with real-world cash for a quick boost to your armory. There also seems to be some pretty poor optimization in the initial release. On my DROID RAZR M, the game played in 4:3 aspect ratio with distracting artifacts to either side, despite the 16:9 screen. 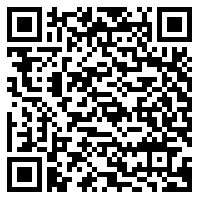 With The Help Of The XDA Community, Koush Releases A Universal ADB Driver For Windows That ...