The long-running Worms franchise made an ungraceful exit from the Play Store when franchise owner Team 17 Digital deemed Electronic Arts' support unworthy of the brand. Now they're back in Worms 2: Armageddon (a sequel to the XBLA/PSN Worms, and not to be confused with the 1999 Worms Armageddon game) from Team 17 itself. The game is now available on the Play Store... in Canada. And only in Canada. At the moment it's a soft launch for the northern territory, so there's no word on when it will get a wider release.

If you've never played Worms, it's a lot like the old Scorched Earth and other 2D tank games. You'll move your team of armed worms, each equipped with varying weapons and ammo, in random turns. Each weapon uses a parabolic trajectory, and the key to beating the opposing team is mastering the nuances of the physics engine and the power/accuracy of each weapon. Worms fans, in case you're wondering: yes, the Holy Hand Grenade makes a comeback.

Armageddon expands on the classic gameplay with new weapons, character skins, and a handful of new game modes, including fort, sudden death, and a "create your own game" option. Online multiplayer is included as well as a local hot potato mode, perfect for backseat battles. Worms is a $3.62 purchase (USD), and currently available only in the Great White North. 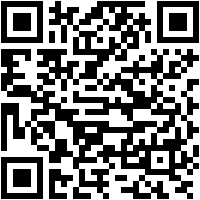 [Deal Alert] Pre-Order Sprint's HTC One For $150 From Wirefly