The old F-Zero and Wipeout series were some of the fastest, prettiest games of their respective times, so it's no surprise that the niche of "hovercraft racer" has made such a disproportionate impact on the racing genre. PixelBite is no stranger to racing themselves, having developed the Reckless series for Android and iOS. Their latest and most ambitious game is Repulze, a hovercraft racer that pushes the boundaries of both speed and graphics on Android.

The on-track weapons, speed boosts, and other power-ups give the game a feel that's closer to kart racers than a pure sim, but the breakneck speed and hairpin turns should keep fans of similar games happy. A variety of tracks, from Tron-inspired postmodern to desert canyon to the inside of a volcano (because why not) should will make sure that players don't get bored of the scenery, even when it's whipping by in a blur. Controls come in both touchscreen and tilt flavors, and Xperia Play owners (if there are any left) can use their control buttons.

There's at least one glaring omission from Repulze: a multiplayer mode. While you can compare your times with the rest of the world via the Fuse leaderboards and beat your personal best in ghost mode, you won't be racing against any human opponents any time soon. At least there are no in-app purchases. Repulze is a $2.99 download for Android 2.2 and up. 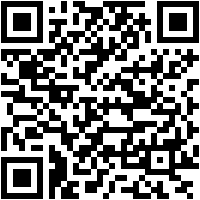