If you like corny puns and tower defense, NAMCO is ready to harvest your money and time with Corn Quest. This tower defense game puts you in charge of an army of vegetable minions. You're the kernel—get it? GET IT?!—and it's up to you to save your stalks from the evil aliens. You do this with guns. Because vegetables have guns. 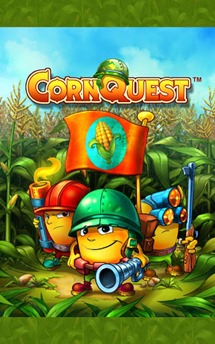 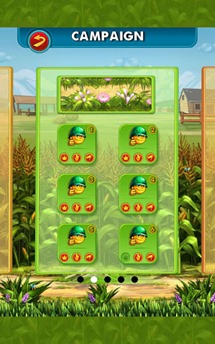 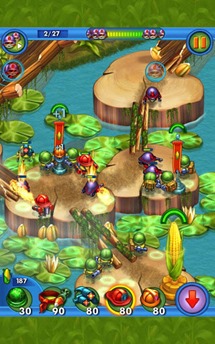 The game play functions just about like any other tower defense game. There's a steady stream of baddies, you add soldiers to shoot them, gain currency to buy more, and play to survive. Standard fare. The most entertaining part of the game, though, is how it handles in-app purchases: 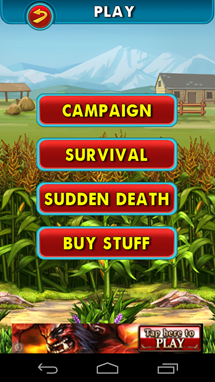 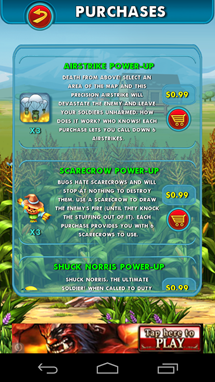 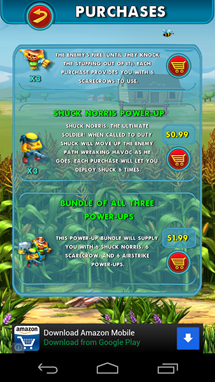 Right in the main menu, there's a big red button that says "Buy Stuff." Dear developers: I don't really like in-app purchases for upgrades or power-ups. I grew up in the 80s and 90s and that stuff was just part of the game, so I will ignore them as long as I'm able. But please label all your IAPs like this in the future. The complete lack of subtlety is entertaining enough to make me forget for a moment that I can't stand them. The use of real dollar figures, instead of an intentionally confusing fake currency helps, too.

Corn Quest is available for free on the Play Store but, obviously, has a few optional IAPs.