Do you have an extra $649 burning a hole in your pocket? Do you have a hankering for a carrier and bootloader-unlocked HTC One? If so, we've got some news for you. HTC just opened up pre-sales for the HTC One Developer Edition to US customers. 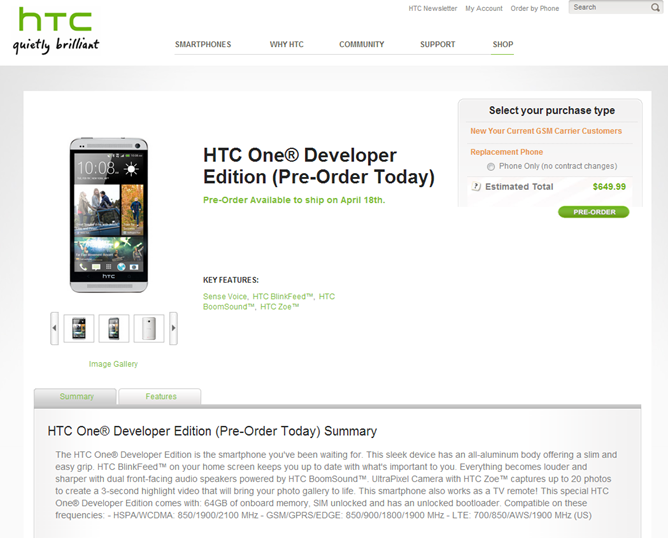 Back in March, HTC announced plans to sell a limited quantity of the unlocked HTC One. While this isn't the cheapest way to get the flagship device, Developer Editions are completely contract free and won't bother you with those pesky carrier-imposed lockdowns. We don't yet have a regular unsubsidized price for standard models, but they are likely to run about $549 and $599 (32/64gb respectively). A reminder to T-Mobile customers: this model will not support HSPA+ in most markets, but should work on its growing LTE network where offered.

The order page says the phone should ship on April 18th, so if you're ready to spend some of your hard earned money, hit the link.