As the launch of the Galaxy S IV fast approaches, the prices on last year's model (which is still less than a year old) is bound to drop. In fact, it's already begun with this deal on the unlocked international model currently going for $379 on eBay Daily Deals. This model packs 16GB of internal storage, which makes it only $20 more expensive than the comparable Nexus 4. 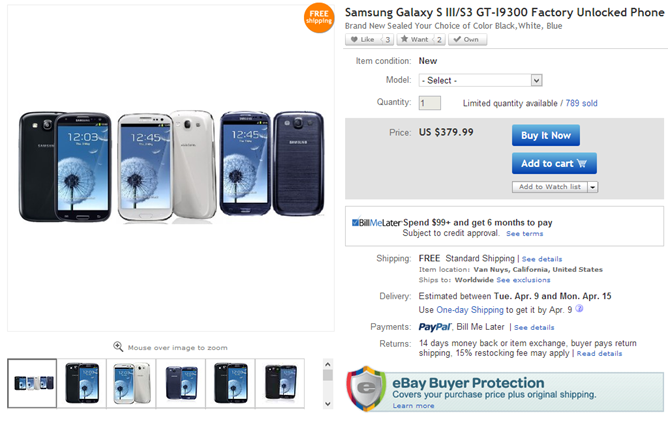 This deal is only available in limited quantities, so we can't say how long it will last, especially at this price. If you want to get it, sooner would be better than later. Samsung has also said that many of the new features of the S4 will rollout to the S3, making this handset a little bit more attractive if you're not worried about having the latest and the greatest.