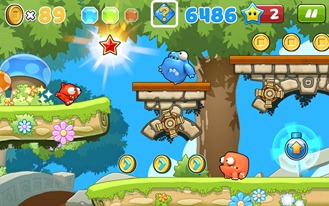 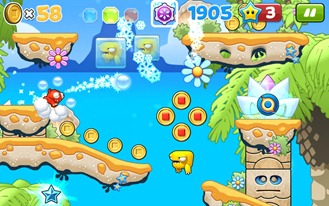 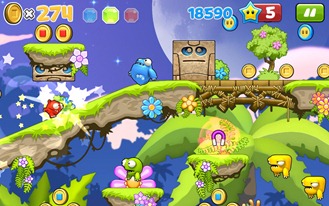 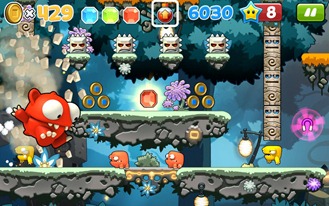 The game is very easy to pick up and play. All you have to worry about is tapping to time your jumps properly. There are 80 levels across five different worlds in Mega Run. It has the same kind of visual overload style from the last title. It's all about bright colors, big flashes of light, and tons of crazy power ups. The cartoon-style graphics are very polished too.

Mega Run is free, and you know what that means. Yep, this game pushes in-app purchases pretty heavily. There is a dual-currency system of coins and cash. You pick up coins, but have to buy most of the cash with real-life money. The game would be super-cool if I didn't suspect it was feeling around my backside for my wallet right from the start. Ah well, so it goes.