There are few things on Android more useful than good floating apps. Because, honestly, how often have you been looking at something and needed to jot down a quick note but didn't want to leave the foreground app? Or how about those times when a calculator is clutch, but so is seeing the numbers you need to calculate? We've seen various apps that answer these quandaries before, but now there's a place to get a handful of mini-apps all in one place. It's appropriately called Tiny Apps, and consists of some of the most useful tools one could have atop other windows: notes, recorder, paint, music player, and calculator. 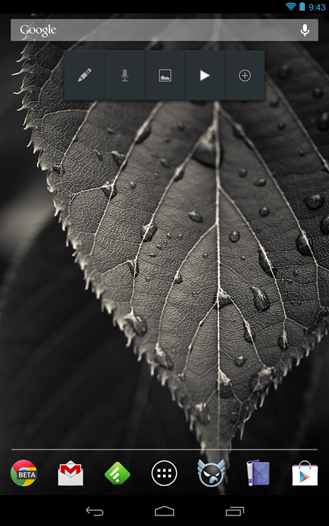 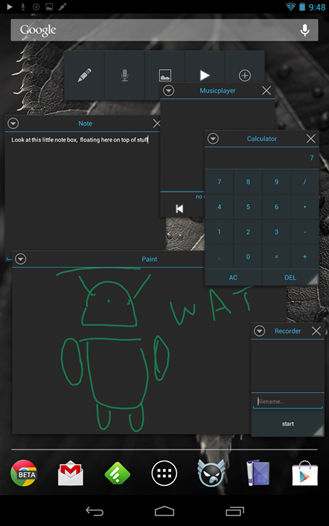 Prints of the above Andy – drawn by yours truly – are available for $500 a piece.

The suite offers most of the features that you'd expect from mini apps: resizable windows with varying levels of transparency (pro version only) which can be adjusted by using your device's volume controls. The pro version also has another neat feature: dockable windows. When you drag any of the Tiny Apps over to the leftmost side of the screen, it docks into a tiny, movable icon. Like the left image here (that's the recorder, notes, music player, and calculator all docked): 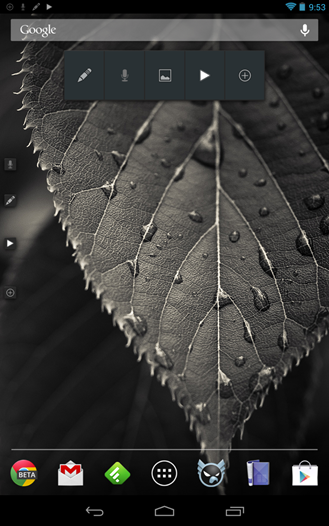 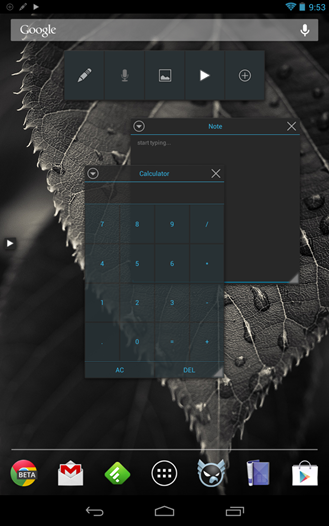 There are two versions of Tiny Apps available right now: a free version that lacks transparency and docking capabilities, and the pro version for $1.92 which offers the full array of features. It was an instabuy for me – these types of apps are a must-have in my book. Head below to grab them.