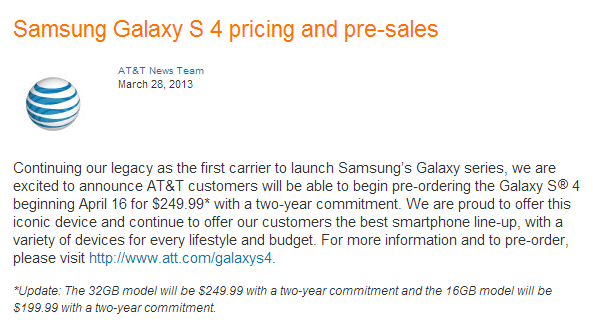 That being said, if you're a nut for extra storage and you're debating between this and the HTC One, you'll pay more for the extra geebees with Samsung. HTC's handset will also start at $199, but that's for the 32GB model. AT&T is also the exclusive carrier—at least initially—for the 64GB variant of that handset as well, so it's something to keep in mind. Still, good to know that AT&T and Samsung aren't eager to crank up the fairly standard pricing of major flagship handsets.

Slickdeals, One Of Our Favorite Sources For Great Stuff On The Cheap, Gets Its Own Android App