At the beginning of March, ASUS became the first company to push Android 4.2 to a non-Nexus device when the update came to the TF300. At the time, the company promised 4.2 for the TF700 and MeMO Pad Smart sometime "in the second quarter." We're now three days into Q2, and ASUS has started pushing the update to the TF700 (Infinity). Talk about delivering on promises. 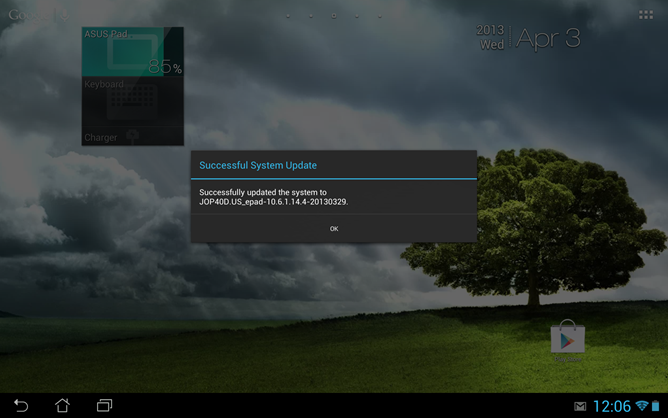 Announced late last night on the official ASUS Facebook page, the update brings all sorts of goodies to the device:

For users who have modified the default ASUS IME settings in Jelly Bean 4.1, hand-writing IME will be OFF by default, and users will have to turn it on in the IME Settings after upgrading to Jelly Bean 4.2 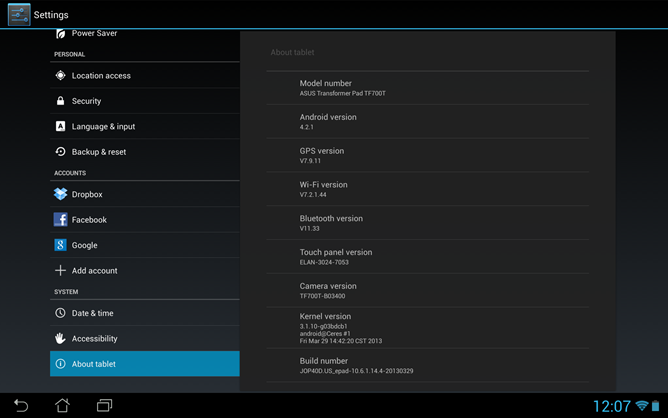 Aside from that, the update also brings new widgets (including lockscreen widgets), better looking fonts, a new software keyboard (like the one on the MeMO Pad Smart), and "general improvements to overall performance." Yay!

So there you go – get it now in Settings > About tablet > System update.

According To Net Applications, Stock Android Browser Usage Is Still Way Out In Front Of Chrome