The Thunderbolt has had one weird life. It was VZW's first LTE phone. But it was less than stellar, and had lots of problems. Then HTC promised that it would get ICS, which got delayed again and again. And again. But it finally came out, and Tbolt owners were kinda happy about it for five minutes.

Now the brick-of-a-device is in line to get another small OTA, which fixes some stuff that you may or may not use: 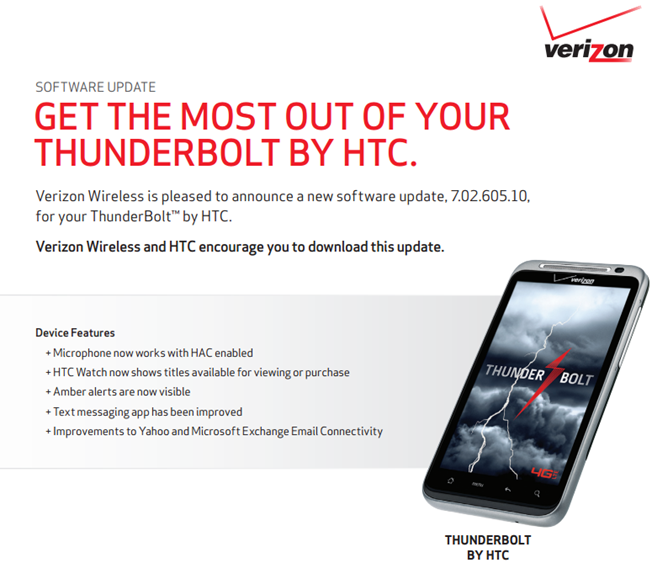 The details of the update just hit VZW's site a bit ago, which generally indicates the OTA is ready to go and should start hitting devices in the coming days.