You're cruising the skies in a helicopter, when tragedy strikes. The chopper goes down and everyone dies. Literally, everyone. Except you. You awake in a new world. A world filled with the undead... and they're everywhere. There's nothing to do but run. For your life.

That's essentially the tone set for Into the Dead, a new first-person endless runner that just hit the Play Store. The game is quite popular on the iOS side of things, and for good reason – it looks amazing. Seriously, if you haven't watched the above trailer yet, please do so now. It's so surreal and eerie, and the music sets the mood perfectly.

If you haven't already gathered, the entire point of the game is to avoid the undead and not get eaten. In that regard, it's absolutely unforgiving (much like an actual zombie apocalypse would be) – run head-on into one zombie, and become chow. Game over. You're done. 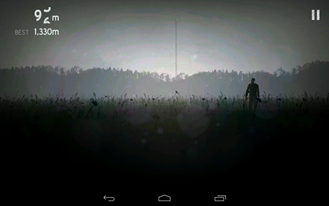 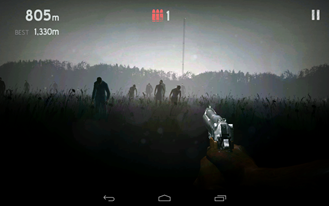 However, there are a few perks along the way to help save your ass: random crates with weapons of varying damage, like pistols, machine guns, and my personal favorite, chainsaws. Those will, at the very least, help clear your path when the concentration of flesh-munching corpses is so dense you can't see what's on the other side.

Since the game is free, there are IAPs – things like additional weapons, head starts, and other helpful tools of that nature. I liken it to Jetpack Joyride, in that the options are there but it doesn't seem necessary in order to enjoy the game. Of course, you can also earn in-game currency to buy the aforementioned enhancements – the further you "run" in the game, the more money you earn. Simple enough. 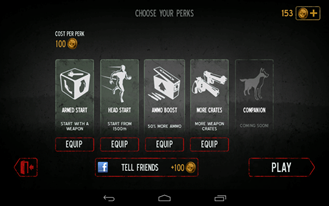 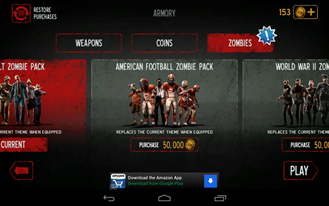 After spending just a few minutes with Into the Dead, I can say this: it appears to be a well-made, no frills sort of game (it immediately throws you into the action as soon as you launch it) that you're probably not going to want to sit around and play in the dark. Unless, of course, you want that super real effect. If that's what you're going for, then by all means – play it alone in the dark. Good luck. 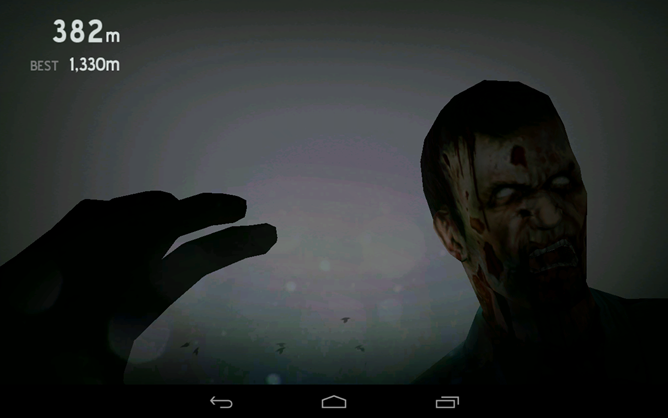