If you've been waiting to pre-order the Samsung Galaxy S4, today's the big day, and you're not short of choices when it comes to retailers or networks.

The phone is up for pre-order on all of the UK's major networks - EE, Three UK, Vodafone, O2, Orange, and T-Mobile - as well as Carphone Warehouse, Phones4u, and Amazon. Don't know which network to go with? Let's break it down for you...

EE is the only network that will provide the phone with 4G for the time being, as the other networks are yet to get their services up and running. If 4G is a priority for you, then EE is the way to go, but you'll have to fork out a lot of money for your data. The cheapest deal over 24 months is to buy the phone for £79.99 and then pay £41 a month for 1GB of data. Calls and texts are unlimited. Deals become more expensive as your data usage increases, topping out at a whopping £76 per month for 20GB of data, although the phone will only cost £19.99 outright. 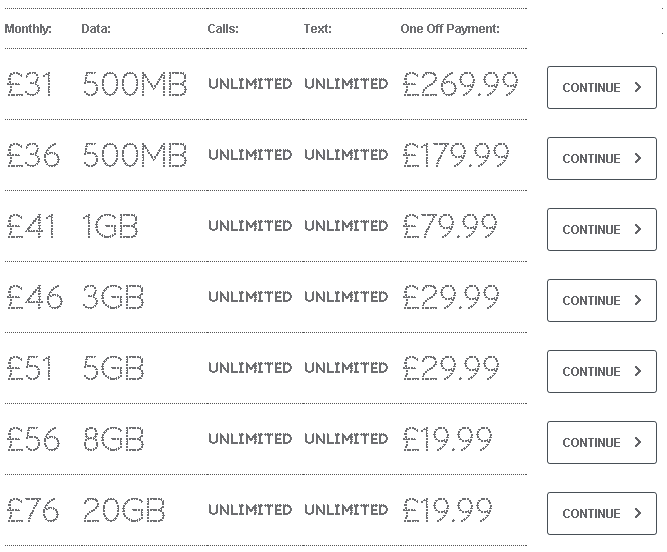 Thankfully, things are a little simpler over on Three. You'll still be able to pull down really fast speeds over HSPA+ while you wait for them to sort out their 4G network, and the prices are a lot more reasonable, offering unlimited data for just £35 a month with 500 minutes and 5000 texts, or for £37 a month if you want 2000 minutes. The phone is also given to you free of charge, so you'll pay a lot less over 24 months than you would on EE.

Finally, back to unlimited data! T-Mobile is offering the Galaxy S4 without any data limits from £36 a month + £109.99 for the phone. That will give you 2000 minutes and unlimited texts. Over 24 months, it's the best way to go. More expensive plans give you the same plan, but with unlimited minutes, and lower the upfront cost of the phone. Only do this if you have to; over 24 months, it will be far more expensive than the cheaper monthly options.

Orange  is offering the Galaxy S4 with so many plans that I can't even begin to describe them all. You won't get unlimited data anywhere on the network, but you can get 8GB per month for £51, with unlimited texts and minutes. On this plan, the phone is only £19.99 too. A nice compromise is the "The Works 41" plan, which gives you unlimited texts and minutes, with 3GB of data, for £41 a month + £79.99 for the phone. 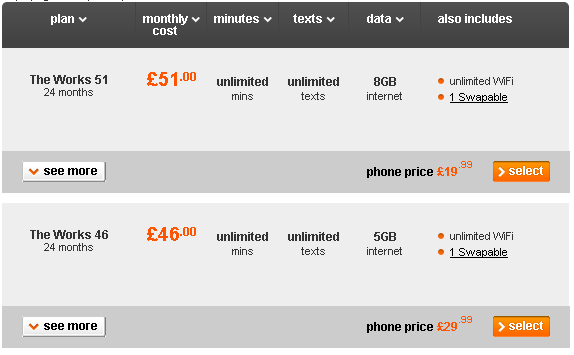 Don't want to be tied down by the carriers? You can also purchase the Galaxy S4 outright for £629.95 from Amazon or Carphone Warehouse. Have fun deciding!