The launch of the Galaxy S 4 grows ever closer and the carriers want you to know they're on it. To wit, AT&T announced today that its branded version of the new flagship will go up for pre-order on April 16th for $249 on a two-year contract. Pretty standard fare, though with a $249 up front price tag, we imagine T-Mobile will probably have something to say about that. 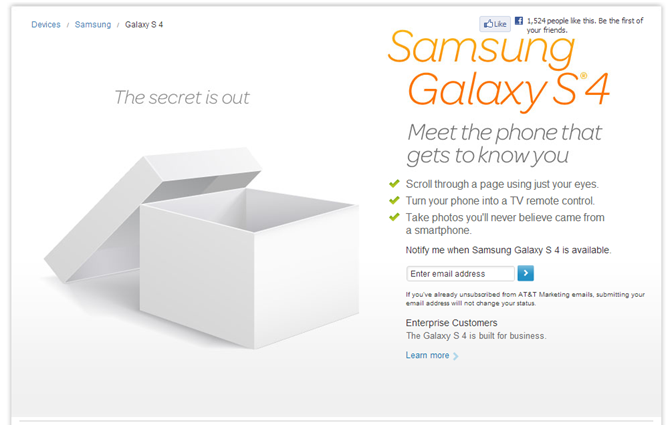 Way to blow it, Jeremy.

AT&T is also quick to remind us that it's the first U.S. carrier to pick up the Galaxy series, both historically and presently. So, if you're waiting for the hardware on Verizon, Sprint, or T-Mobile, you'll have to come next in line. Of course, if last year is any indication you may be waiting less than a week for your preferred carrier (barring any delays).