While Google's been on a roll entering new countries with all its services lately, today is a little different. The Nexus 4 has reached Brazil's shores, but it's not via Google's own-branded storefront. You can pick it up at Fast Shop, Ponto Frio and, presumably, other retailers. No word on when (or if) it might launch on the Play Store. 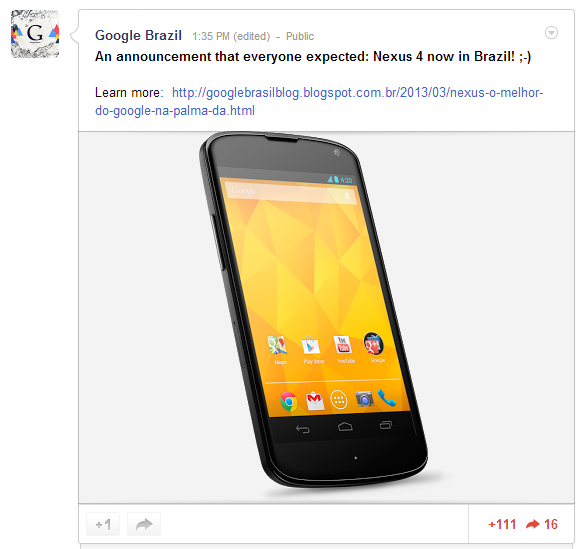 With the good news comes the bad, though. According to Google's post, the phone starts at $1,699 Brazilian Reals, or about $843 USD. That is an unbelievable premium over the U.S. Play Store version. While it's hard to say how this compares to most handsets without living in the country (residents are free to shed some light in the comments), people on Google+ do not seem happy about the price.

Still, at least the option is there. It may not be all roses and rainbows for the Nexus 4, but at least it's yet another step towards truly global distribution. This will only be good news when it comes time for the next Nexus to launch.

Samsung Galaxy S4 Available For Pre-Order In The UK From All Major Networks, As Well As ...